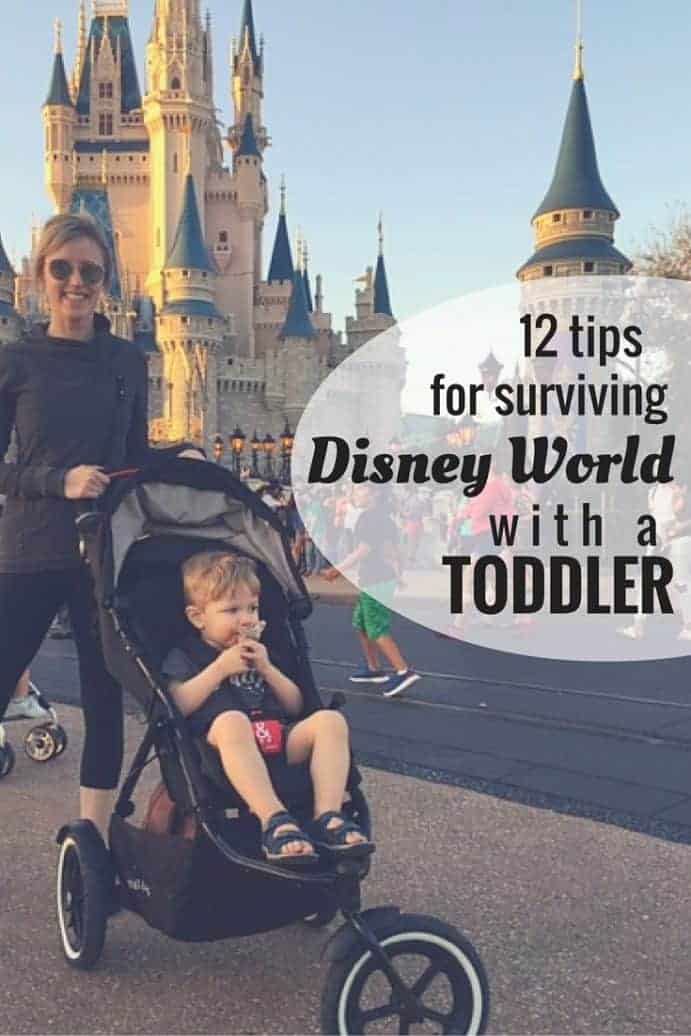 Every toddler is their own little person, so obviously your mileage may vary. These are just some options to keep in mind.

1. Try to stick to your regular schedule

A vacation can be a shock to a child’s system. A vacation to a theme park is more like an electrocution. Everything is so different, with so much stimulation. It challenges their little worlds.

2. It’s tough to be a bug isn’t for toddlers (Animal Kingdom) 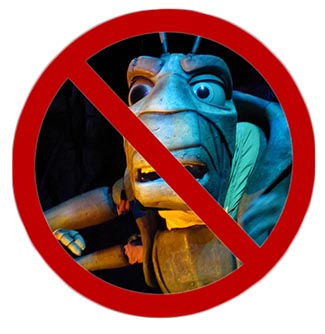 “It’s Tough To Be A Bug” is a 3-D show designed to give you the creepy crawlies and freak you out! Of course, you probably don’t know that when you walk in there. There is a sign with a mild warning that the show may frighten young children, but they should really give a stronger advisory!

I recommend skipping this attraction altogether if you have a toddler! You’re not visiting Disney in order to traumatize them. Even if you’re not worried about that, there are more enjoyable things for them to be doing.

Remember, the whole Disney experience can be overwhelming for a toddler. Everything is completely new and mind-blowing to a toddler! Even though you would probably rather go on all the different rides, repeating a ride can avoid an unnecessary meltdown. Although you might not consider it ideal, take it from us that constant meltdowns are even less ideal! Keep the day positive!

Obviously you will need to strike a balance, so try giving them a limit. “We can do this ride one more time” is worth a shot.

One of the trickiest things about travelling with toddlers is they want to explore using their newfound walking skills, and don’t apreciate us parents limiting that.

From the instant we got into the airport, we could tell our trip would have its challenges. Our toddler didn’t want to ride in his stroller… ever! We tried to let him run ahead of us, but he’d often run too far ahead and wouldn’t listen when we told him to stop.

This scenario always ended the same way: we’d give him a final warning, he’d ignore it, and then we’d have an epic struggle to get him buckled in. That would leave us with a very loudly frustrated toddler.

To prevent this, I came up with a game for him. We started to play “red light green light,” and it worked! He would run ahead of us and whenever we would yell “red light” he’d stop and wait! We’d yell “green light” when we caught up to him and he’d take off running again. Worked like a charm, at least most of the time!

5. Save two (or more!) days for Magic Kingdom

Magic Kingdom is the largest park, and the most friendly for toddlers. There’s a lot to see and do here! If you can’t swing two days, DON’T try to see everything! You’ll just end up stressed out. I’m not even sure we saw everything with two full days there. 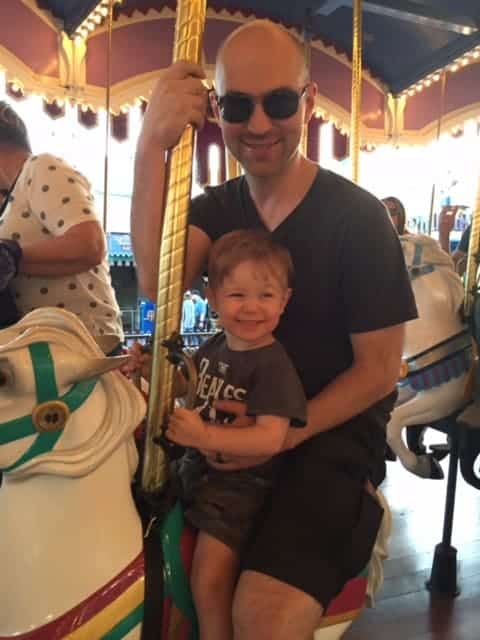 Do you want to ride Splash Mountain or Thunder Mountain? You’ll probably have to leave the toddler behind, since riders must be at least 40” tall. To Disney’s shame, there aren’t any toddler-aged rides nearby. This was the cause of one of the biggest meltdowns of our trip, as my husband tried to entertain our kid while I had fun on Splash Mountain.

Thankfully, we eventually discovered a delightful little playground that’s not immediately obvious! You’ll find it under the train bridge between Splash Mountain and Thunder Mountain. Our toddler had so much fun we had to peel him away from it afterwards!

The Wilderness Adventure Book was possibly our toddler’s favourite activity at Animal Kingdom. It’s like a passport of activities and stickers. There are different stations around the park, where a friendly employee will hand out a sticker for completing specific activities. Our toddler was too young for the activity part, but he absolutely loved collecting the stickers! He also loved colouring in the book while we waited in line for rides. He even read the book while he walked down the paths, surrounded by strangers

We were sad that the other parks didn’t have something like that! 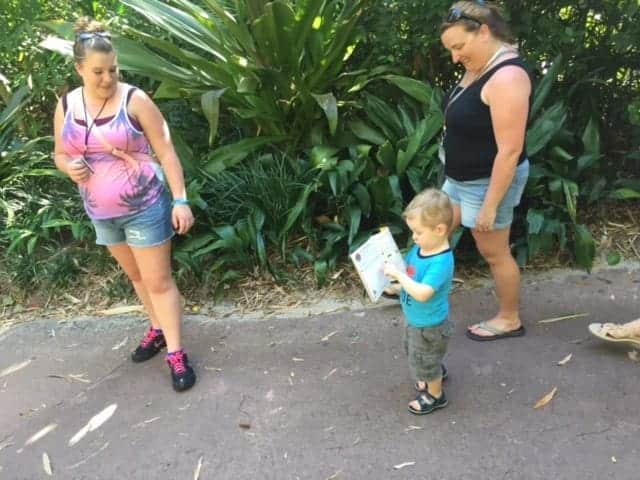 8. Epcot is optional for toddlers 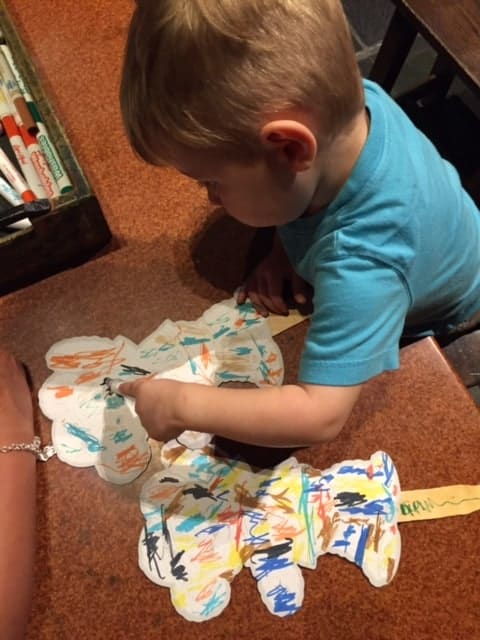 We were a little leery about going to Epcot with a toddler since we had read mixed reviews online. But we have FOMO (fear of missing out), so we went anyways. We did find some awesome toddler friendly attractions in Future World West, (The Seas with Nemo and Friends, Turtle Talk with Crush, and Journey into Imagination with Figment). We had a lovely morning there before heading back to our hotel for an afternoon nap.

Our evening was spent exploring the World Showcase. We loved exploring the different countries, but it was rather boring for a toddler. He spent most of his time colouring in Mexico while we took turns exploring on our own. This was where we questioned the price of the Disney ticket, since all our toddler wanted to do was colour!

Additionally, since the World Showcase is more adult-oriented, there’s a fair amount of alcohol consumption. While we didn’t encounter anything too inappropriate for toddlers, we could see the potential for rowdiness. One couple we chatted with told us that they overhead some very lewd conversations at Epcot in the evening.

So… overall, I would highly recommend Epcot for toddlers if you have the hopper pass and can take half a day for Future World West. Any additional time there might be better spent elsewhere.

9. Character Meet and Greets Must be Planned 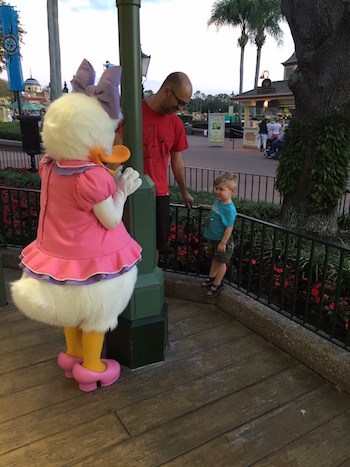 When I was a kid, there were tons of characters milling about the Disney parks. It felt like you could step off any attraction and spot a character.

I have pictures of me standing with Friar Tuck and Prince John. “Who’s that?” you might ask… to which I would reply “exactly.” There were so many characters milling about that they even had these lesser known ones from Robin Hood. When we took our toddler (2016) there were only two ways to meet a character:

We were disappointed about this change to Disney World.
Our toddler actually became frightened of the characters when it came time to meet them up close (see picture of him keeping his distance from Daisy Duck). Standing in a long line to get close to these characters felt like a waste of time. He absolutely loved seeing them from a distance! We just rarely did.

I was under the impression that seeing the Disney characters was a basic tenet of Disney World.

This was more of a rant than a tip so I’ll get to that now! If there’s a character your toddler absolutely adores, do the research ahead of time to find out where this character can be found. If it’s at a character restaurant, make a reservation as soon as you can! Those places book up quickly.

Disney World has an awesome Ride Swap system for parents of children who can’t go on all the rides. One adult can go on a ride while the other waits with their little one. Once the first adult goes through the line, he/she is given a printed card that acts as a fast pass for the second adult to use later.

If there are two adult rides you want to go on, book one fast pass for one of the rides and one fast pass for the other ride. Then use the Ride Swap so that both of you get Fast Passes for both rides! It’s kind of sneaky, but you end up doubling your fast passes this way!

11. Use a blanket to make stroller naps easier

Our toddler has always had a difficult time falling asleep. He has FOMO like his parents! To help him fall asleep, we brought along a muslin blanket that we draped over his stroller to block out all the activity. Then we pushed the stroller quickly and he’d usually fall asleep.

It probably helped that Disney tired him out!

12. If you have to skip rides, don’t you dare skip these!

These rides were our toddler’s favourites. If you have limited time at one of the parks, make sure to squeeze these in!

Magic Kingdom: Winnie the Pooh and The Speedway. Pretty much everything’s a toddler hit at Magic Kingdom, but he’s still talking about these two rides a month later.

Hollywood Studios: For the First Time in Forever and Toy Story Midway Mania 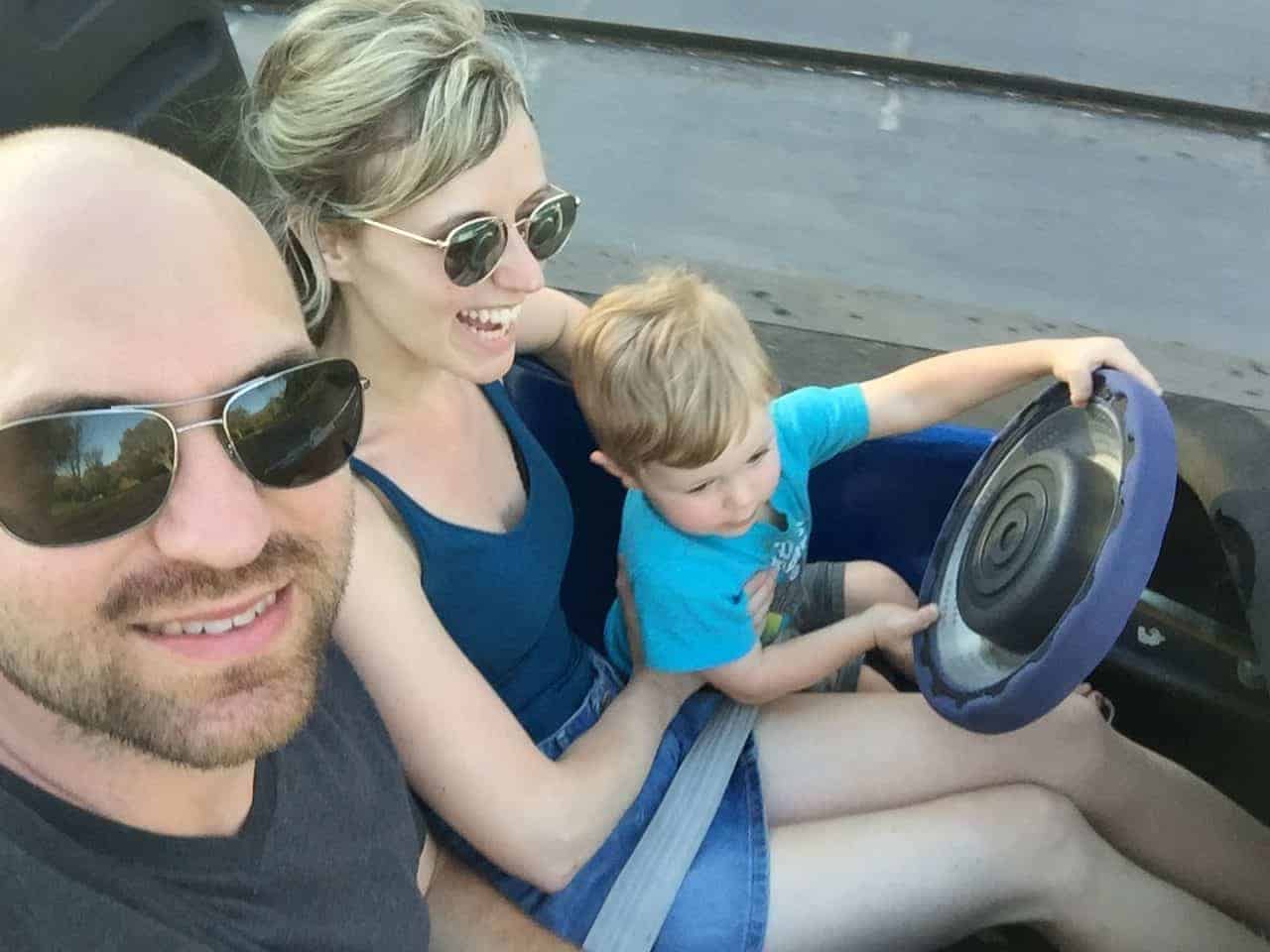