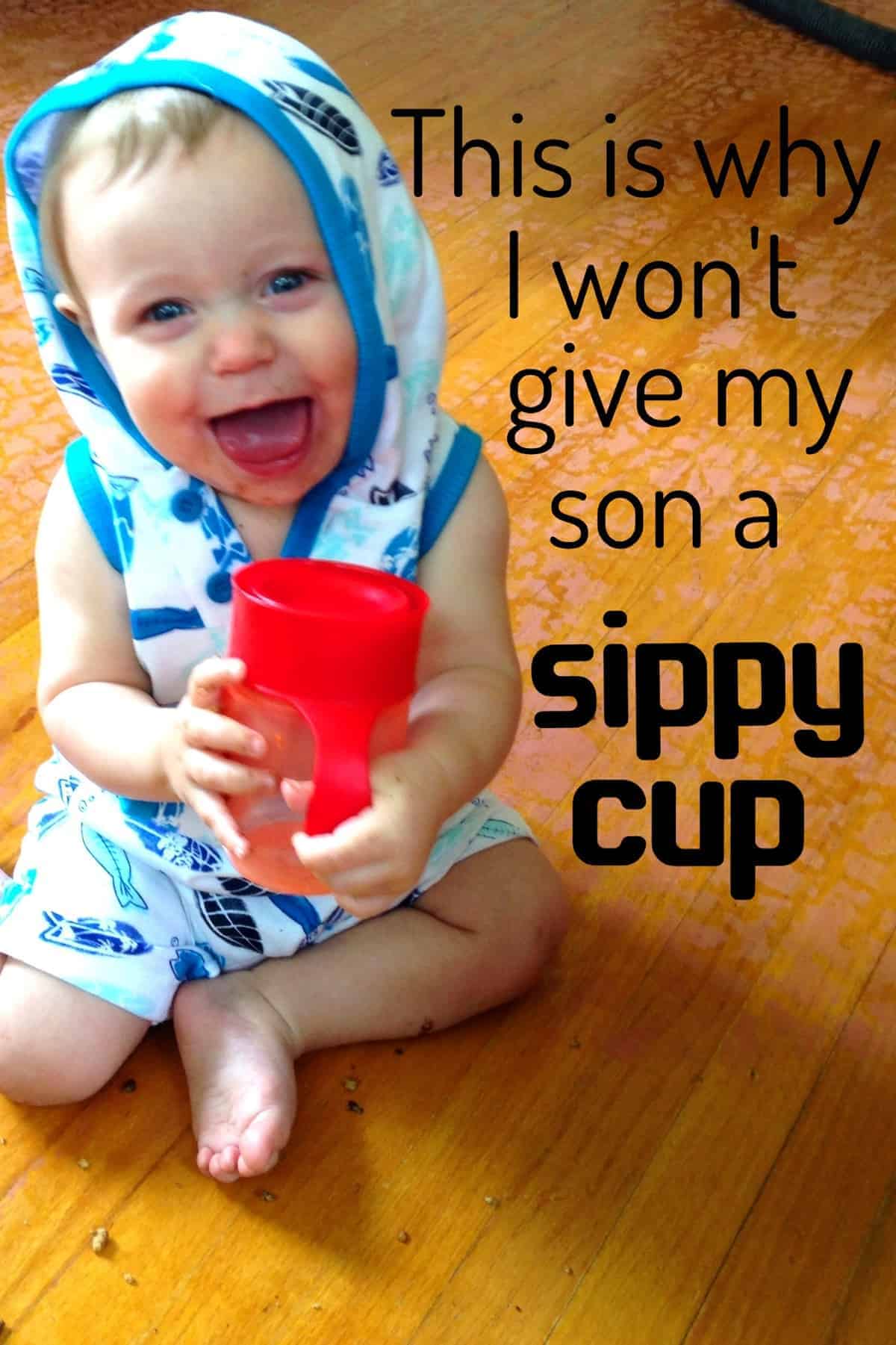 Find out why leading experts are warning to limit or avoid babies’ and children’s use of sippy cups and what to use instead!

As parents, we have a lot to be aware of.  What products have been recalled?  Am I handling my kid’s behaviour right?  Who stole the cookie from the cookie jar?

There’s also a lot of fear-mongering out there, because it’s an easy way for writers to get attention.  Maybe to be a successful blogger I should be writing a different article called “7 WAYS SIPPY CUPS WILL DESTROY YOUR BABY AND RUIN YOUR RELATIONSHIP!”

Let’s be clear, this article is not like that.

However, I do want to make parents aware that there is good reason to be careful with your choice of sippy cup, or just avoid using sippy cups at all with your children.

A sippy cup is a bottle in disguise

Sippy cups seem like the next step for babies, after the bottle.  It gives parents a sense of accomplishment and development, as their child has graduated to “the next step” in their drinking abilities.

In reality, a sippy cup is no different from a bottle, except for the way it’s held.  They both hold liquid in, without releasing it until the baby sucks on it.  There is no developmental benefit to giving a child a sippy cup, but there are two main reasons to avoid it.

Sippy cups mean your child can drink without spilling, but this benefit is actually the main problem. Since they don’t spill, it’s easy for parents to hand over the milk and let baby sip all day long. The result: a child who takes a sip, plays with a toy, takes a sip, pulls the cat’s fur, etc, all day long.

Prolonged exposure to food and beverages (other than water) increases the risk of tooth decay. Each time a sip of milk hits those developing teeth, it takes the mouth 20 minutes to recover by rebalancing the pH with saliva.  It’s important to reduce these “acid attacks” on the teeth.

If you’re ONLY giving your baby the sippy cup while they’re sitting at their high chair enjoying a meal or a snack, then this is not a problem. However sippy cup problem number two can’t be avoided:

Sippy cups use valves to ensure no spills. Speech experts warn us that the technique needed to drink from these valves can alter the child’s speech development. To drink from a sippy cup, the tongue needs to move forward instead of resting towards the back. Since infants are developing so rapidly, this could actually cause a disruption in where the tongue sits at rest.

For these reasons, it’s recommended to wean a child off both the bottle and sippy cup by 12-14 months.

To accomplish this, start early! At 6 months, you can start to teach your child to drink from a regular cup. Since spills are almost guaranteed at this point, start with some water and slowly tip the cup back. Make sure your child’s head doesn’t tip back too far, which could send water down the wrong pipe.

Here are some adorable photos of my 6 month old learning to drink from a regular cup. 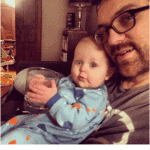 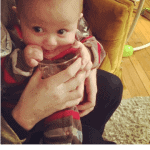 This is a unique product that reduces spills while a child learns to drink from an open cup on their own.  This cup is awesome. Babies learn to drink from a regular cup but parents don’t have to clean up a big mess! It’s not spill proof though. If your child turns it upside and shakes it, some liquid will spill out.

That baby is now 5 years old and has a 1 year old brother. There are now a LOT more open cup trainer options on the market!

Some of my favourites include:

The Avent was a pain to assemble and did leak a bit so it’s good to see better options out there.

And here he is at 12 months fully graduated to a regular open cup!

3 Comments on “The Best Sippy Cup…. is No Sippy Cup at All”