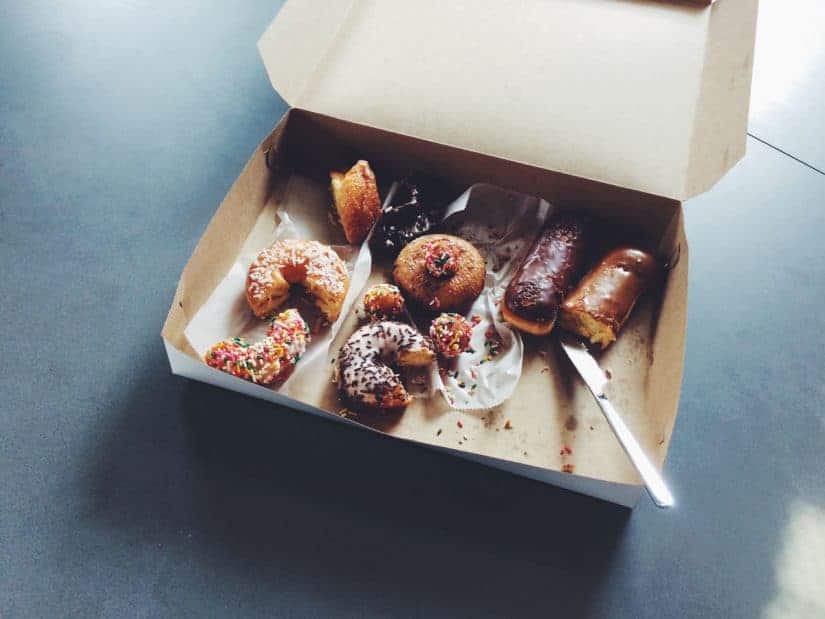 Here’s a great principle to live by:

I like this quote from a famous author. As much as possible, stick to food that looks the way it came from nature!

Processed foods are designed to taste really yummy. Children are in the growth stage of life, so their bodies have a higher preference for foods that are sweet and fatty. This can be a problem, because in general, the less processed the food, the better it is for you.

Pictures of apple to apple beverage

Each step of the way you lose a nutritional component. When you remove the peel, you remove fibre. When you make it into sauce, you lose some water and the need to chew the apple. Chewing slows down consumption, which helps people regulate their intake. When you get down to juice, you’ve lost all fibre and any need to chew. And when sugar is added in, you are diluting the amount of the original apple!

Again, everything in moderation. Processed foods belong in the “occasional” category. It’s totally fine to have them once in a while but they shouldn’t be the mainstay of our diets.

If preparing and cooking meals from scratch is a completely foreign concept to you, I highly encourage you to take some time to learn how to make a few basic meals. It will do wonders for you and your child(ren)’s health! If your children are old enough, learning how to cook can be a family activity! In fact, children of all ages can be included in meal prep, according to their age and skill level.

If you find that you don’t eat many homemade meals, make it a goal to increase that number. Set a specific goal for yourself. Make it a small, achievable goal and once you have found success with that goal, make another one.

For example, you might set a goal to start making one meal a week by scratch. Once this has become a habit, bump it up to two. Habits are best changed slowly.