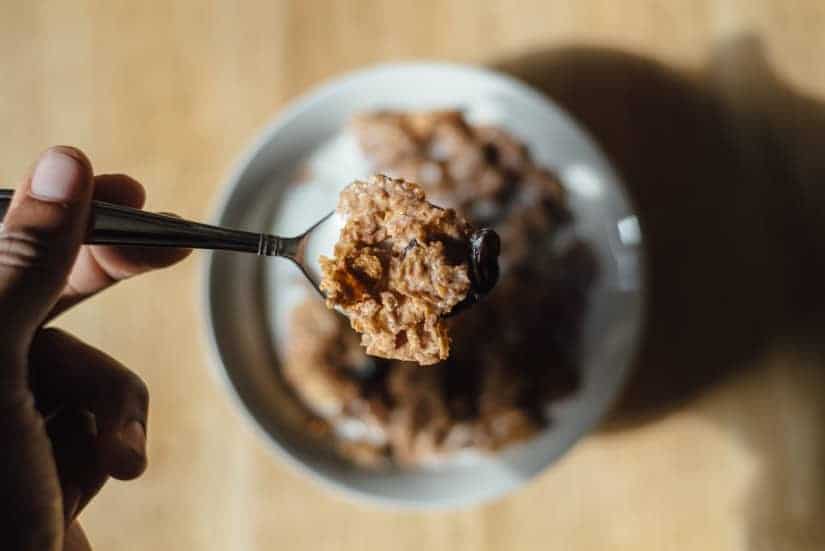 the one bite rule

You might be wondering how your children will ever learn to like new foods if they never choose to even put them in their mouths. We’ll talk later about ways to encourage your children to expand their taste horizons, but for now, let’s talk about the “one bite rule.”

Is it a good idea to make kids eat at least one bite? It’s a very small minimum, but one bite is still setting a required amount to be eaten, and that does go against what I said earlier.

As a child I hated meat. When I was forced to eat it, I would put the piece of meat in my mouth and chew the heck out of it. Then I would pocket it in my cheek until the meat would slowly disintegrate. It was disgusting and it didn’t really make sense. If I hated the taste so much, why wouldn’t I eat it as quickly as possible and get it over with? That’s the logical choice.

However, the psychology of forcing someone to do something against their will isn’t very logical. I think the act of swallowing was a final act of giving in to their forced submission. Swallowing was a line I hated to cross.

What if you eliminated that difficult act of swallowing from the rule? Consider changing it to the “one taste rule.” It is a lot less intimidating to taste a food than to actually swallow a bite. Again, there is something that feels very invasive about being required to swallow food. Tasting a food feels much safer…

In the book “getting to yum”, the author, Karen LeBillon recommends that parents tell children, “Don’t let your eyes do the work of your tongue”.

This subject is a grey area and you’ll probably hear different advice from different nutrition professionals. I believe that this is one situation that depends on your child’s eating personality type and the history he or she has with food.

Feel free to alter what you require of your child, depending on:

One study surveyed college students about their food experiences as children. Many reported having been forced to eat particular foods. When asked if they would willingly eat those foods today, 72% of them said they wouldn’t. This shows that forcing a bite doesn’t work to produce a long-term goal of learning to like a food in the majority of children.  Yet for the minority (28%), it was helpful!

What does this tell you?

It’s best to read your child and act accordingly. If you require a taste and your child breaks down in fear, this might not be the best tactic for this child. If you’ve been very hands off and you find your child never takes a taste of new foods, then try requiring a taste and see how he responds!

Reflection:
Have you had any rules about taking one bite or tasting foods?

If so, what was your child’s response?

– willing to try the foods?

– stressed at the thought of trying the foods?

Write down your plan for each child. Refer back to the eating personality type you pegged them for in the previous lesson.