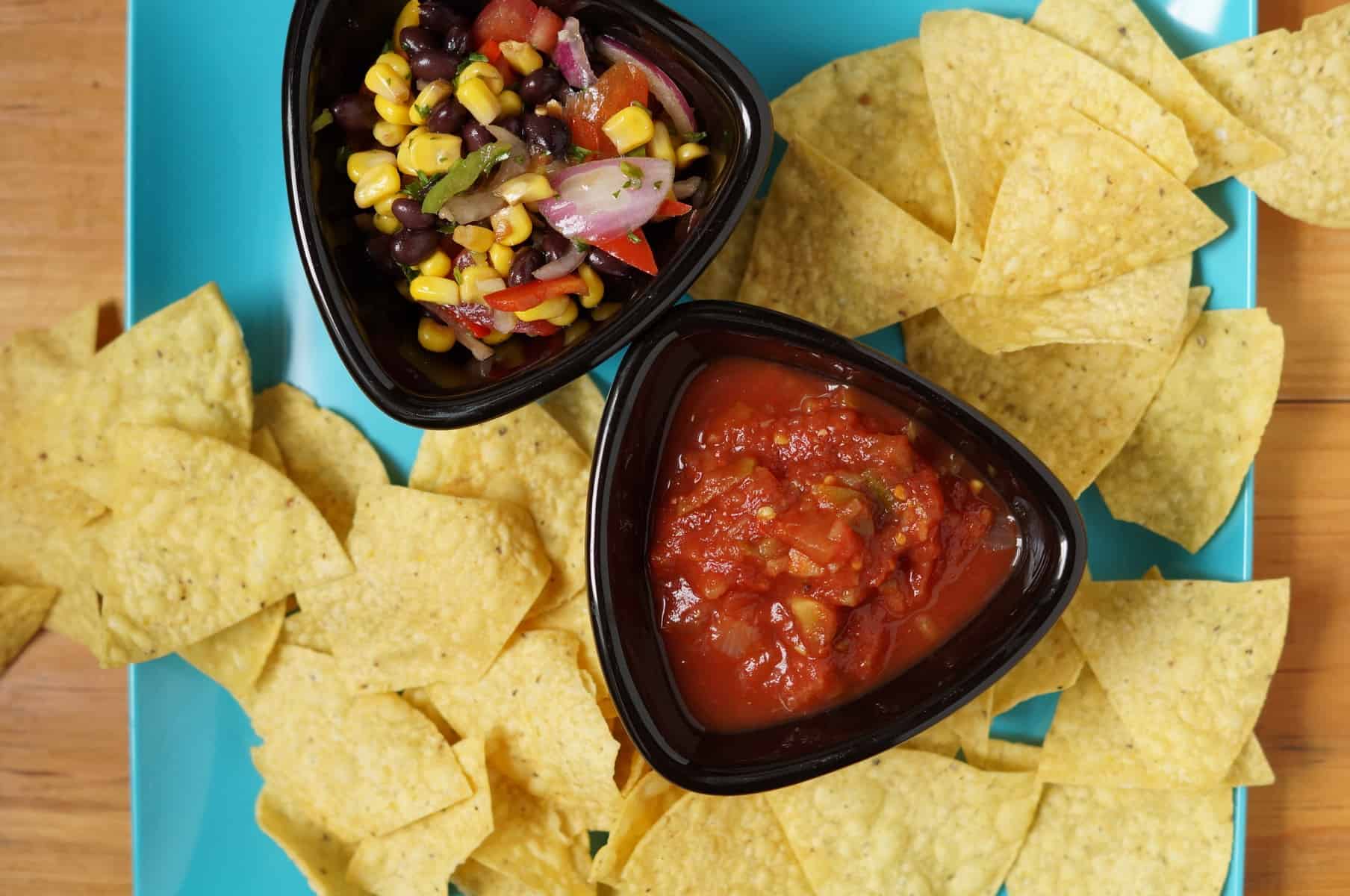 I remember the first time I came across multigrain tortilla chips. It was the summer after my first year of university, back in the dark days before I was formally educated in nutrition. I was lounging on the dock at my friend’s cabin when she pulled out a bag of these new-fangled chips and cracked it open.  It was incredibly satisfying to snack on them. It’s not as if we were eating regular chips. These were healthy chips. They were multigrain for goodness’ sake! I probably ate a few more chips than I normally would for good measure.

It wasn’t until recently that I actually compared the Nutrition Facts for regular tortilla chips and the multigrain variety.  I was grocery shopping and instinctively reached for the label with the word multigrain on it. But as I picked it up I noticed how much smaller it was than the other bags. A quick glance at the weights told me that the multigrain chips had 1/3 less than the regular, even though they were the same price. If you know me you’re already aware that I like more bang for my buck, so I quickly pulled out a move I call “the  nutritionist,” flipping both bags over simultaneously without moving anything besides a few fingers muscles, and instantly compared both products to see the superior nutritional quality I’d be getting over quantity.  The shocking result: calories were exactly the same, fat was the same, fibre was the same.   Iron… 2% more.  All these years I’ve been sacrificing a third of my chips for 2% more iron.

Can you say health-washing? Or, as I like to say… nutrition-washing?

I hate when I come across marketing that takes advantage of the public’s ignorance.  You’ve been told that multi-grain is better for you.  It sounds better.  The food looks healthier.  And most tellingly, it may even taste worse!  So you buy it and are unwittingly paying more for no reason, and then eating more because you think it’s healthier.

I’d like to challenge food companies to have more truth in advertising, but I have to admit it’s probably a lost cause.  Most companies will do whatever they can for the bottom line, and there’s nothing inherently untruthful about calling those chips multigrain.  There weren’t any false health claims written on the packaging.

So what’s the answer?  We can try our darndest to read the nutrition information more often, but I recall being prompted plenty of times in my lifetime to always read the packaging, and despite my interest in nutrition I still fail to do that sometime.  Perhaps it’s a practice that could become more ingrained in us if nutritional education were more universal, better integrated into our childhood learning,  Along with the ABCs, all our children could learn their iron, fibre, and vitamin Cs.

What do you think? Leave your comments below!