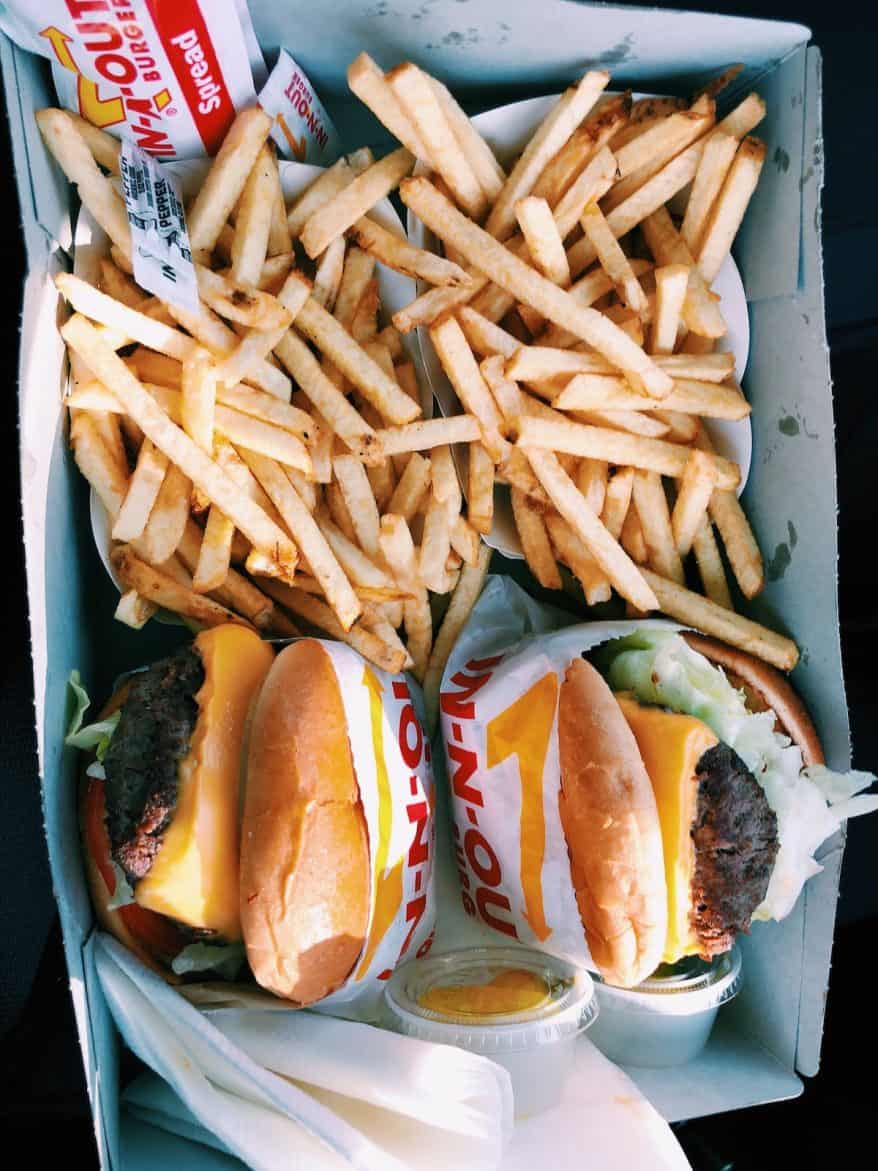 I’ve been saying it for years. In fact, it’s point #5 on my personal food and nutrition manifesto:

“I believe that eating food close to the way it was grown is the most healthful.”

Which means I was very happy to see a new study using the GOLD standard of research (double-blind controlled trial) showed that processing definitely does have an impact on how much we eat!

But before we get into the science, I want to tell you what happened when I ate processed foods for a week.

What happened when I ate processed foods for a week

A couple years ago my family and I volunteered for a week at a summer camp. It was the camp I went to each summer as a child, so I was so excited to go back! Just being at the camp and participating in the activities was good for my soul, but there was one downside: the food!

I’m not talking about being a snobby foodie. The food was actually very tasty. BUT, it wasn’t the most filling or nourishing! There were a lot of empty carbs, sugary breakfast foods, and processed meats. I’ll give them credit, in that there was usually a fruit or veggie served with each meal, but it was usually just a little side item instead of a major meal component.

Since I’m a Dietitian, I could tell that I was roughly eating the same amount of calories at one meal as I normally did, but my hunger returned much sooner than usual! I know that I ended up consuming more calories than I typically do just to keep my stomach satisfied. After a few days on this diet, I did not feel well, and I was looking forward to going home!

It struck me at one point that this type of eating is probably how most of North America eats. In fact, I worked at this very camp when I was a teen, and I thought nothing of the food being unhealthy.

I’ve slowly changed my eating habits over the years to more nourishing, filling choices. What I eat now is a stark contrast to what I used to eat! And my body knows it!

Whenever I hear of someone who has switched to a gluten-free, or whole30, or paleo, or some other diet that requires them to start to prepare more of their own food and they report feeling absolutely amazing on this diet, I have to wonder…. what if they hadn’t added any restrictions in but simply started to focus more on minimally processed foods?

Show Me The Evidence!

Let’s look at that recent gold standard of a study I mentioned!

The study took a bunch of people and kept them hostage for 4 weeks in a lab. This is HUGE because the researchers were then able to watch them 24/7 and monitor exactly what they ate. In university I worked at a nutrition research lab that provided all the foods for the research participants for the duration of the study. They were supposed to eat exactly what was given to them; no more, no less. However I also worked at a restaurant during this time and guess who I saw eating wings and drinking iced tea? Shocking I know, but yes, it was one of the study participants who gave her word that she wasn’t eating anything else. So yeah, humans are fickle creatures to study….

Anyhow, back to the study! While the researchers kept them hostage, they were assigned to either group A or group B for two weeks and then switched to the alternate group.

Group A was given a diet of ultra-processed foods (see below for what that means).

Group B was given a diet of minimally processed foods

Both diets were matched percentage-wise for calories, sugar, fibre, fat, and carbohydrates. People could eat as much or as little food as they wanted.

….than when they were eating the minimally processed diet, when they conversely lost about 1 lb per week.

So what is it about processed food that causes people to eat more?

In general, on a nutrition level, the more a food is processed…

a) the easier it is for your body to digest and extract calories. Up to 30% of almonds eaten raw and whole are not available for digestion. When food is broken down, it is more readily available for our digestive enzymes to extract the nutrients for absorption into our bodies.

b) the more sugar, fat, and salt are present. Either added in or concentrating what’s naturally present. When these nutrients are high, it can be easy to overconsume them.

Types of Processed Foods; which to include and which to avoid

There are three ways a food can be processed:

According to the NOVA food processing classification, food can be categorized into four groups, depending on their level of processing.

Essentially, groups 1-3 should form the core of a healthy diet! The more a food is processed, the less work your body has to do to breakdown and absorb the nutrients. Which means, instead of your body getting a steady supply of energy by slowly digesting and absorbing the food, your body will get a spike of energy followed by an energy crash. Your hunger will return sooner!

The Mediterranean Diet focuses on minimally processed foods. That’s just one of the reasons why this diet is so healthy and why I’ve chosen to eat and feed my family this way as well! 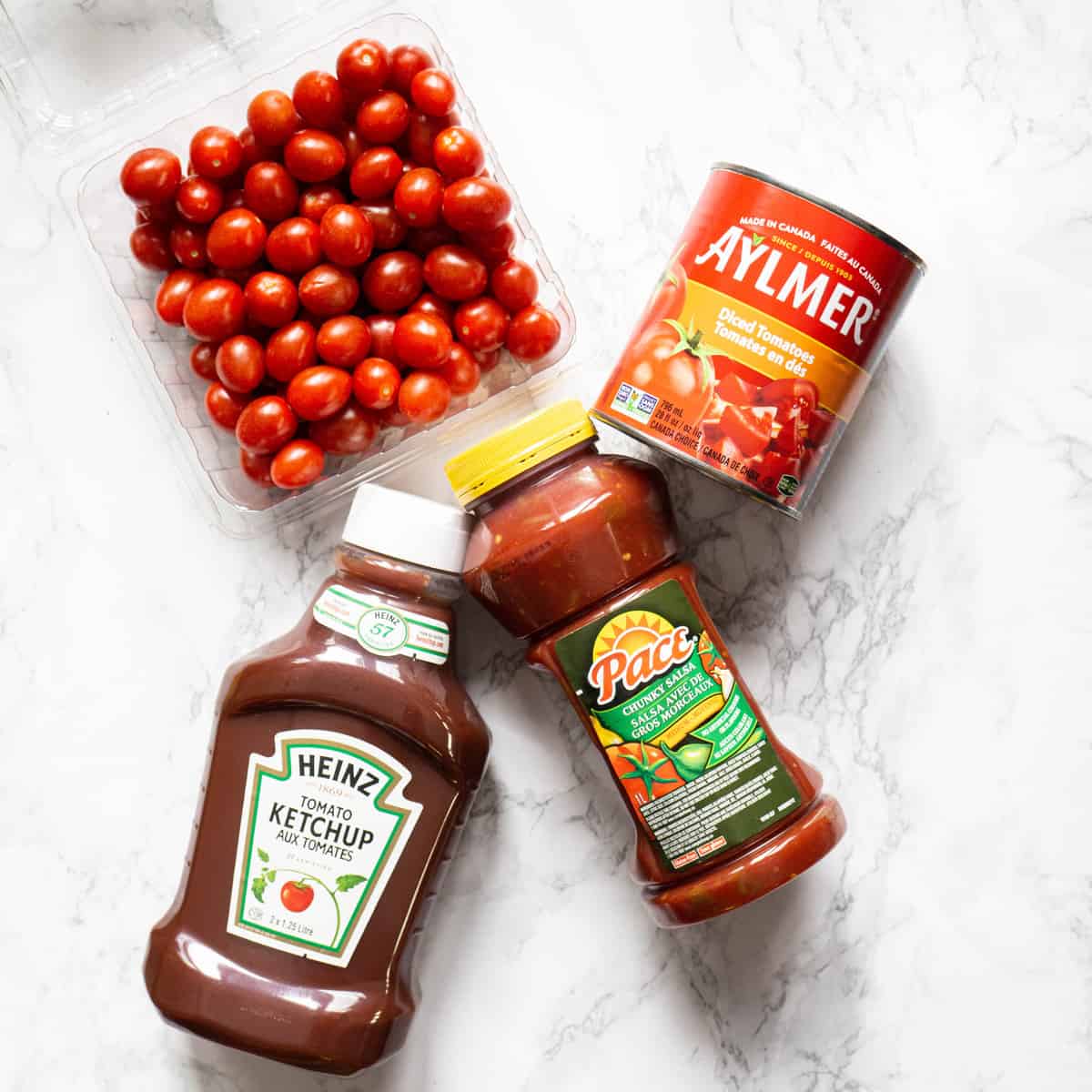 We can thank the discovery of various food processing techniques for allowing us to live longer, healthier lives! Food processing, in and of itself is not something to be feared.

How a food goes from whole to ultra-processed

As the apple moves down the processing line it loses its:

…and has sugar added to it.

Watch this video to show how the journey a tomato takes from the vine to becoming an ultra-processed food!

The Moral of the Story

Michael Pollen, a journalist, has famously been quoted as saying: “Don’t eat anything your great-grandmother wouldn’t recognize as food”

I do agree that focusing on minimally processed foods is definitely beneficial for your physical health!

But I also believe that this black and white thinking can be damaging to our mindsets around food and can end up damaging your relationship with food. Total health involves our physical, emotional, mental, and spiritual health! Outright restrictions like “don’t eat _____” won’t be boosting your mental health! Restrictions just set you up for failure and actually drive you to eat more of the “forbidden” food!

So focus on minimally processed foods for the most part but don’t give yourself a hard time for enjoying some Oreos either!

If you’ve been relying on some more highly processed foods as quick, convenient breakfast options but would like to move towards eating less process foods, try my make ahead smoothie packs! Enter your email and I’ll send you a plan for making 20 freezer packs that you can just dump, blend, and drink! Real food to match your real schedule!