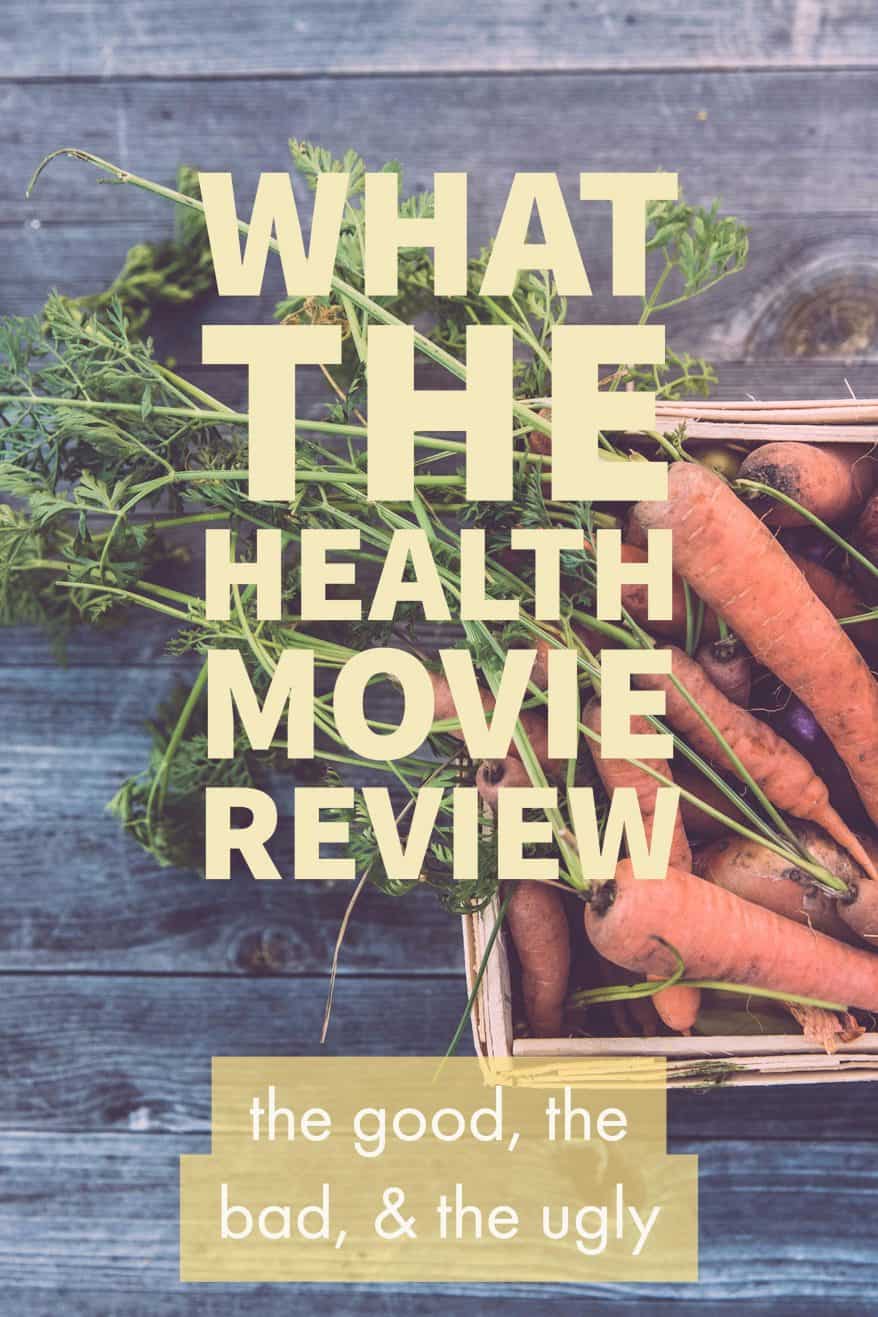 Don’t ask a dietitian to watch the latest popular food documentary. It’s bad for our blood pressure. I knew this already, but I couldn’t stop myself from writing a What the Health review.

what the health review – the good

Every scare piece has something good in it, a slice of truth that the filmmakers can hang their hat on and spin their lies around. So here’s the element of truth behind What the Health: most of us should eat less meat and more plants.

what the health review – the bad

I just wish documentary makers could figure out how to deliver these bits of truth without relying on misinformation and fear. What the Health is full of fear mongering, and I hate food fear mongering more than anything. That’s the bad.

what the health review – the ugly

If there’s one possible thing I hate more than food fear mongering, it’s food fear mongering that’s aimed at pregnant and nursing mothers. This population is already over analyzing every parenting decision they make. They don’t need documentarians amping up those fears.

What the Health does that plenty. So that’s the ugly.

Fear mongering like this perpetuates the epidemic of disordered eating that is plaguing North America. Even I felt a little afraid to eat after watching this documentary. That’s disturbing, since I know all the tricks to watch out for, and have all the information to counter the lies. The documentary format is so effective at spreading fear that it still managed to manipulate my emotions!

I can’t imagine how most people feel after watching docs like this.

what the health review – how true are their claims?

I spent an evening needlessly nitpicking all the “facts” in the What The Health documentary. For example, is a human’s intestine similar in length to a monkey? Nope. Is there any evidence to say that chicken causes prostate cancer? No again.

That doesn’t mean there’s nothing true in this documentary. So let’s look in detail at the topics it covers.

1) health benefits of a vegan diet

This movie REALLy wants you to be vegan. And why not? After all, a vegan diet certainly can be a healthy diet for disease prevention! A well-planned vegan diet can help prevent cancer, type two diabetes, and heart disease.

Of course, they don’t mention that a well-planned omnivorous diet can also help prevent cancer, type two diabetes, and heart disease. The common thread is that these diets are based on whole foods, are abundant in plant products, and reduce chronic inflammation.

The movie focuses a lot on the carcinogenic properties of processed meats. It’s all good to draw attention to this; dietitians have been calling for lowered consumption of these products for years. But be careful around people who lump in processed meats with all animal products. There’s a big difference.

So on this topic my rating for What the Health is: partly misleading 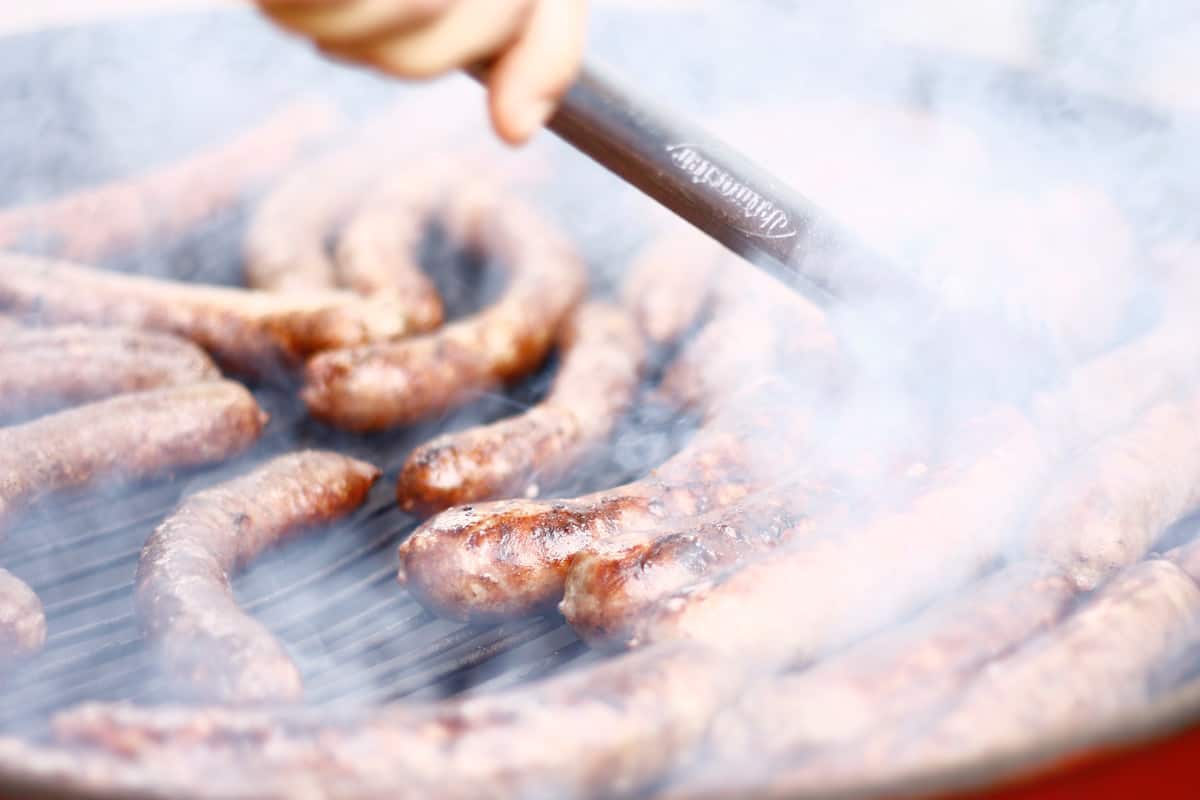 The film makers really want you to be afraid of the toxins found in animal food products, mainly dioxins.

Dioxins = a group of carcinogenic compounds, including PCBs.

Dioxins are formed mainly from manufacturers. Think smog. They then settle onto the ground/water, enter the food supply and increase in number as they go up the food chain. The amounts most people consume are much lower than the lowest amount needed to have adverse affects on human health.

So the risk most people face from dioxins is pretty low. But even more encouraging is that governments are beginning work to dispel any potential health threat. This is what Health Canada has to say:

“These efforts are working. The latest inventory shows a 60 percent decrease since 1990 in the overall release of dioxins and furans from sources within Canada. Also, the levels of dioxins and furans in Canadian human milk, which were already low, went down by roughly 50 percent between the 1980s and the 1990s. It is expected that levels of dioxins in various sources in Canada will continue to decline in conjunction with ongoing pollution prevention and control activities.”

Rather than be frightened by the dioxins in our food supply we can be encouraged that they’re going down!

So on this topic my rating for What the Health is: mostly misleading 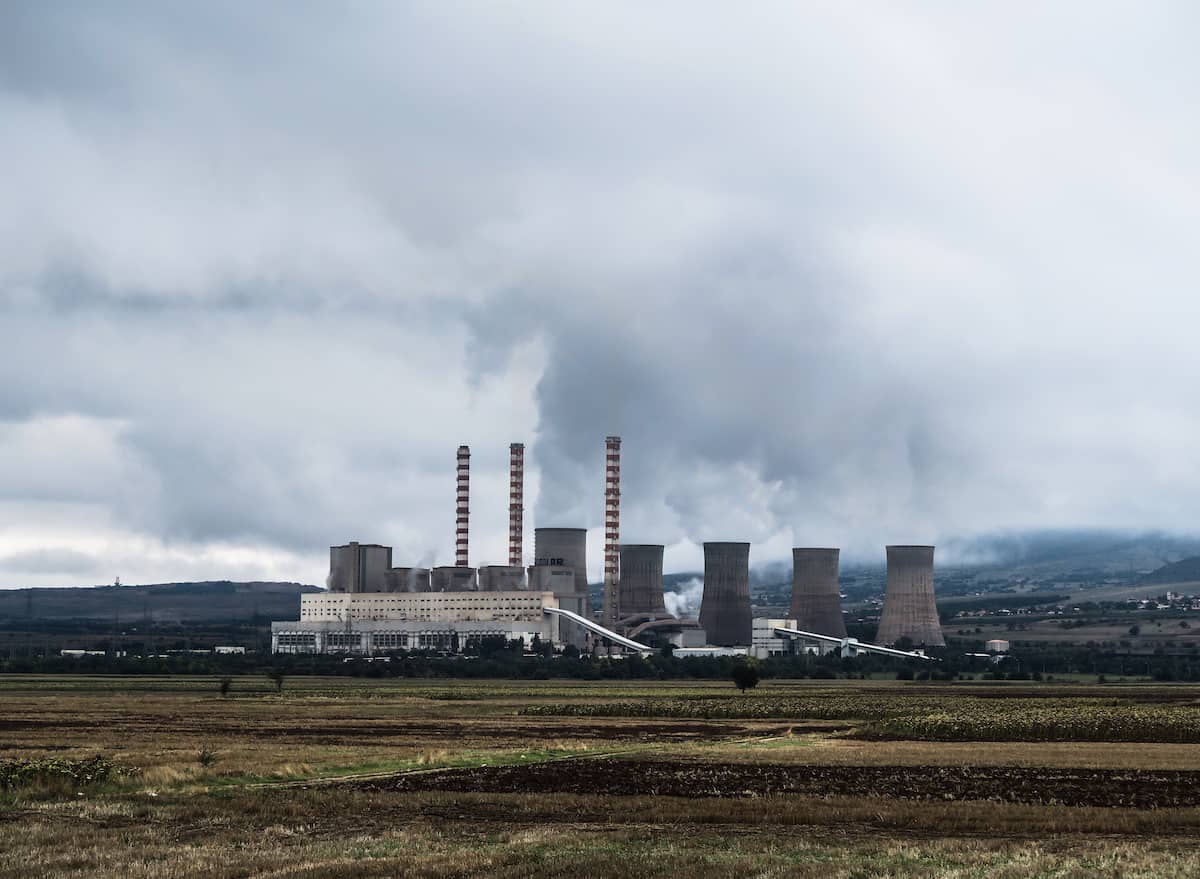 3) how animals are raised for food consumption

What The Health outlines the “horrors” of animal agriculture, from antibiotics to hormones. Here is fear mongering at its best. There is little evidence that any of these things are detrimental to human health.

For an in-depth debunking of this fear of hormones in cow’s milk, check out Science Driven Nutrition’s thorough guide. For example, let’s look at “insulin-like growth factor 1” (IGF1). When you drink cow’s milk, the amount of IGF1 in your blood does not decrease, even though cow’s milk contains IGF1. But it does increase after drinking soy beverage, even though IGF1 is not found in soy beverage. There’s something in soy that stimulates the body to produce the hormone. The amount found in cow’s milk is about 1% of what we already have in our bloodstream anyways, so it’s a drop in the bucket.

If you would prefer not to consume animals that have been raised with growth hormones or antibiotics, you can buy organic meat or choose to go meat-free. For my family’s diet, I choose to keep this issue in perspective. We don’t eat a lot of meat, and there are a lot of other perfectly healthy, vegan foods that contain hormones as well. For example, look at how many nannograms of estrogen are found in 3 oz of beef compared to peas, cabbage, and soy beverage. 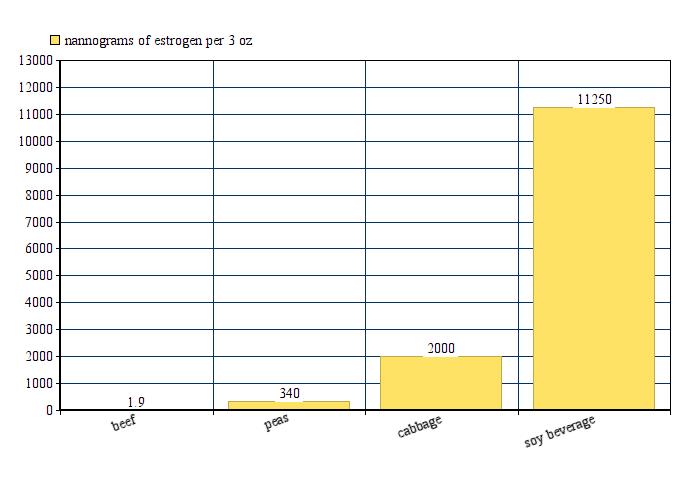 As a Canadian dietitian I should also note that in Canada:

Due to the increase of antibiotic resistance, antibiotics are increasingly saved for times when they’re needed to save lives! Sweden banned antibiotic growth promotors in animals back in 1986. They have developed many alternative methods to keep animals disease-free and growing well. The EU instituted a ban in 2006. I’ve read several news articles stating that Canada plans to phase out their use as well.

Please note, these bans have nothing to do with the safety of consuming animals raised with growth promotors. They are aimed at preventing antibiotic resistance.

So, on this topic my rating for What the Health is: mostly misleading 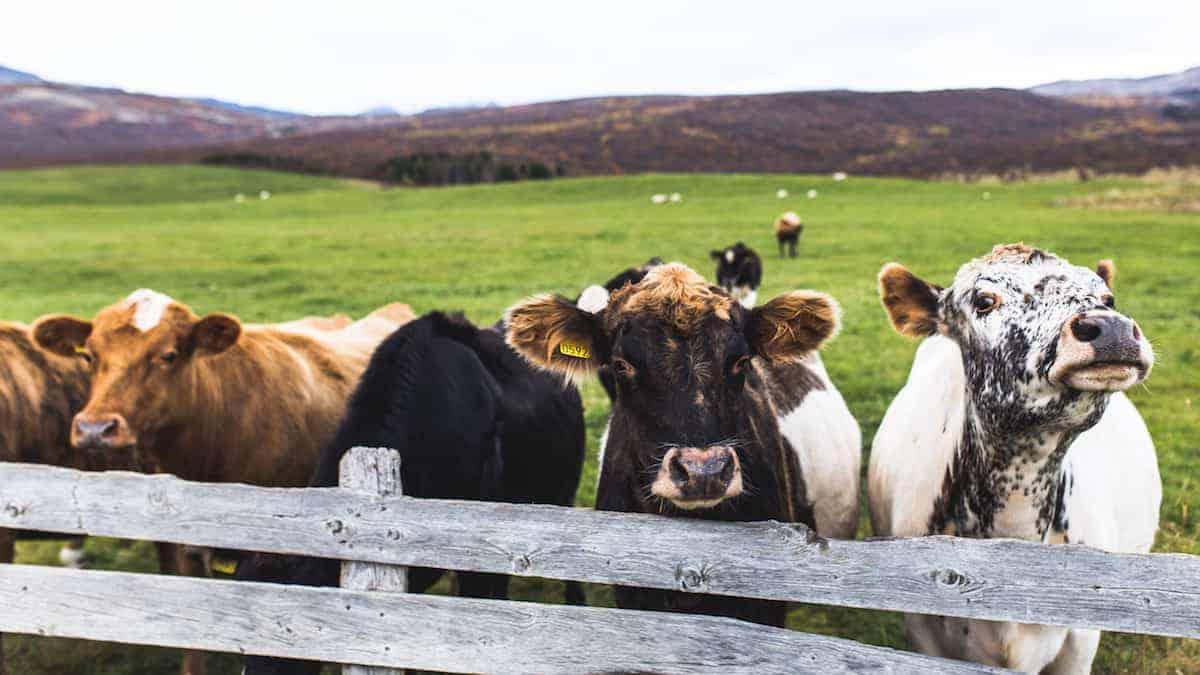 There’s a disturbing scene in What The Health shot in North Carolina that shows pig manure being sprayed onto a field close to a residential area. This is horrible not only for the people living nearby, but I’m pretty sure it’s bad for the environment too!

In Manitoba pig manure is collected, turned into fertilizer, and then injected 10-15 cm into soil, so that there’s no runoff into the waterways.
So some places are using more sustainable methods to farm animals. Food regulations can do a lot to alleviate environmental/health problems like this. You can choose to remove animal products from your diet, or make a case for stricter food regulations in your region. But, let’s not pretend we can’t do animal agriculture in an environmentally friendly way.

So, on this topic, I find the What the Health claims: partly true but still potentially misleading, depending on local regulations. 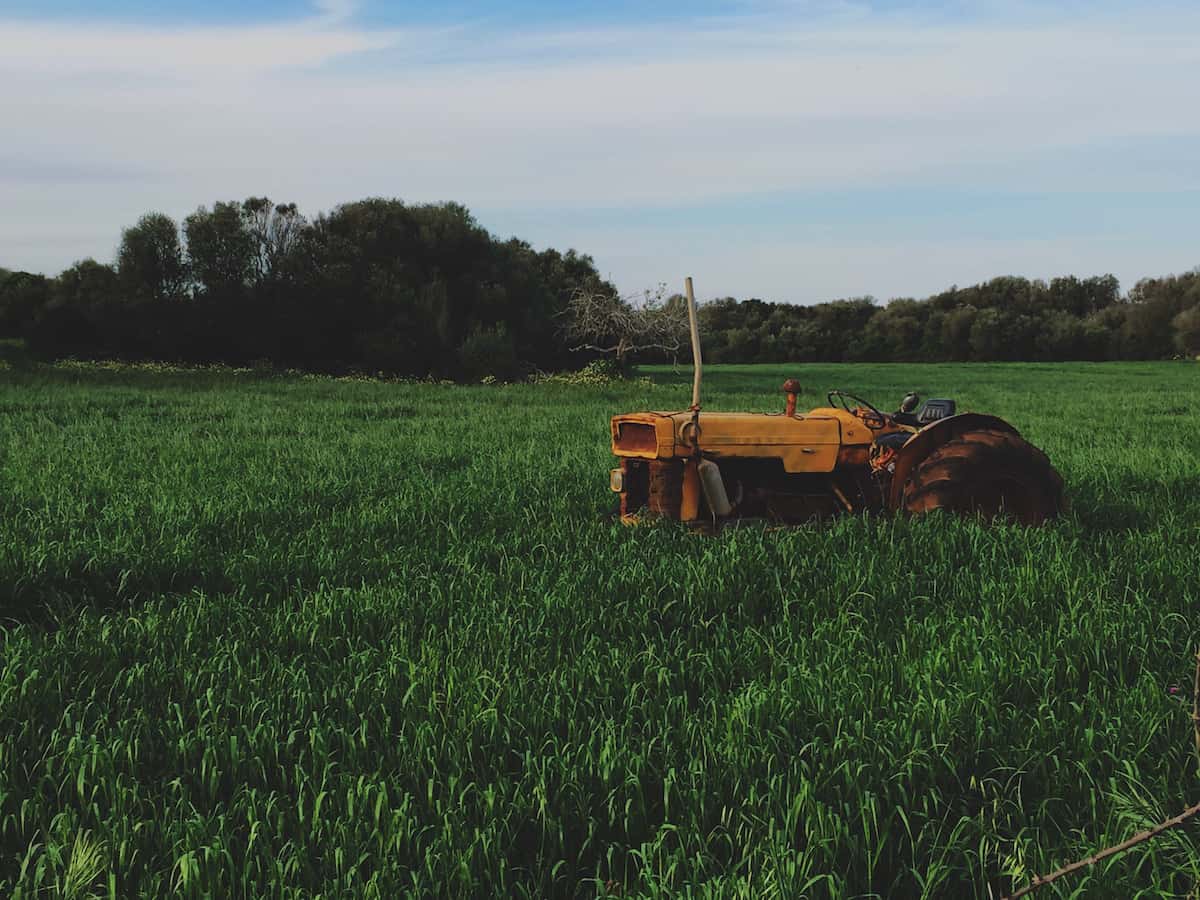 Some health organizations accept money that might imply a conflict of interest. For example, The American Cancer Society accepts money from the beef council. This seems like a potential conflict of interest, since higher red meat consumption increases the risk of colon cancer.
Whether or not this is problematic depends on how the sponsorship is set up. Is it an unrestricted grant? Are the beef councils specifically paying the American Cancer Society to include beef recipes in their meal plans?
Some people are 100% against corporate sponsorships and think they shouldn’t exist at all. That would solve the conflict of interest problem, after all. But, let’s face it, research into new cures and prevention campaigns require funding!
I believe health organizations can ethically accept money, provided there are guidelines and transparency in place. However, I’m not clear on how organizations like The American Cancer Society have set up their sponsorships.

So, on this topic I find that the What the Health claims: holds some merit. 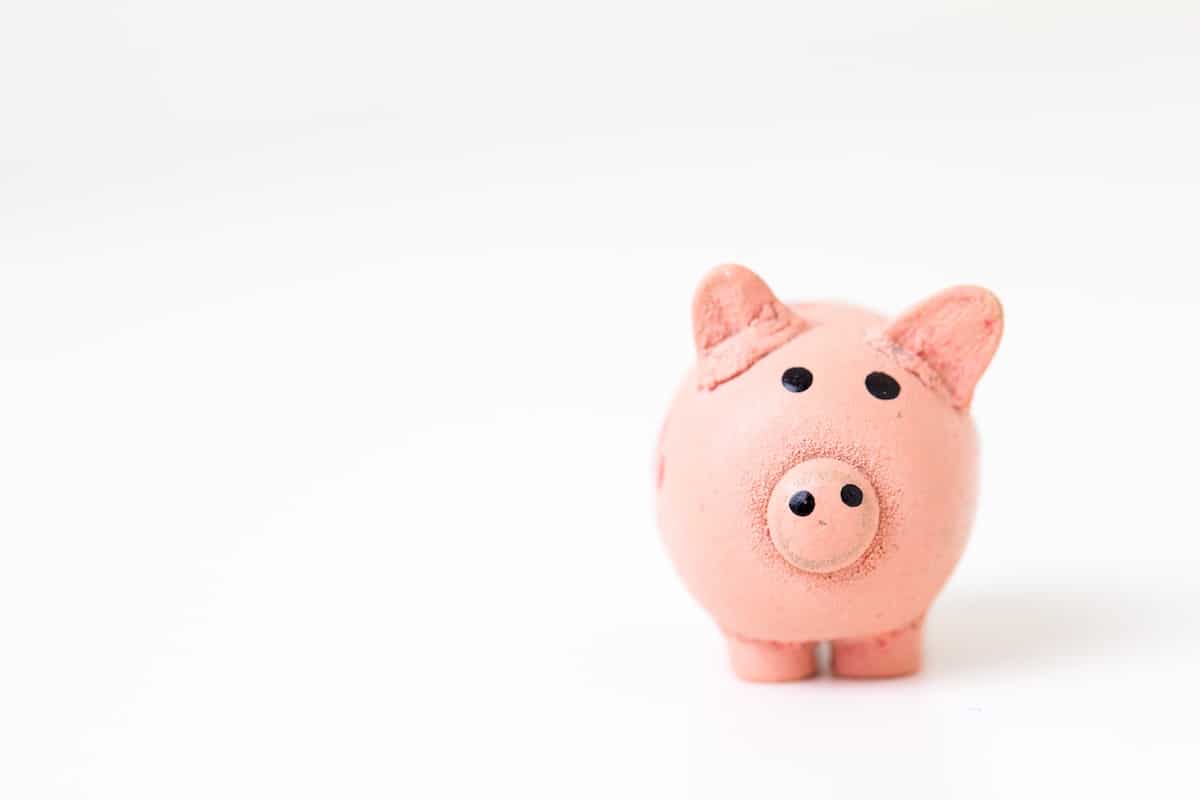 What the Health wants you to be a vegan. So, obviously they address the fact that, after years of debate, we now know that a well planned vegan diet is nutritionally complete! The only exception is vitamin B12, which is not present in any plant foods. Vegans (and vegetarians who don’t eat a lot of dairy or eggs) need to supplement this vitamin.

Another question that often comes up with vegan diets is whether they get enough protein. When most people think of protein, their minds turn to meat. The truth is that:

So, on this topic I would grade What the Health‘s claims as: mostly true. 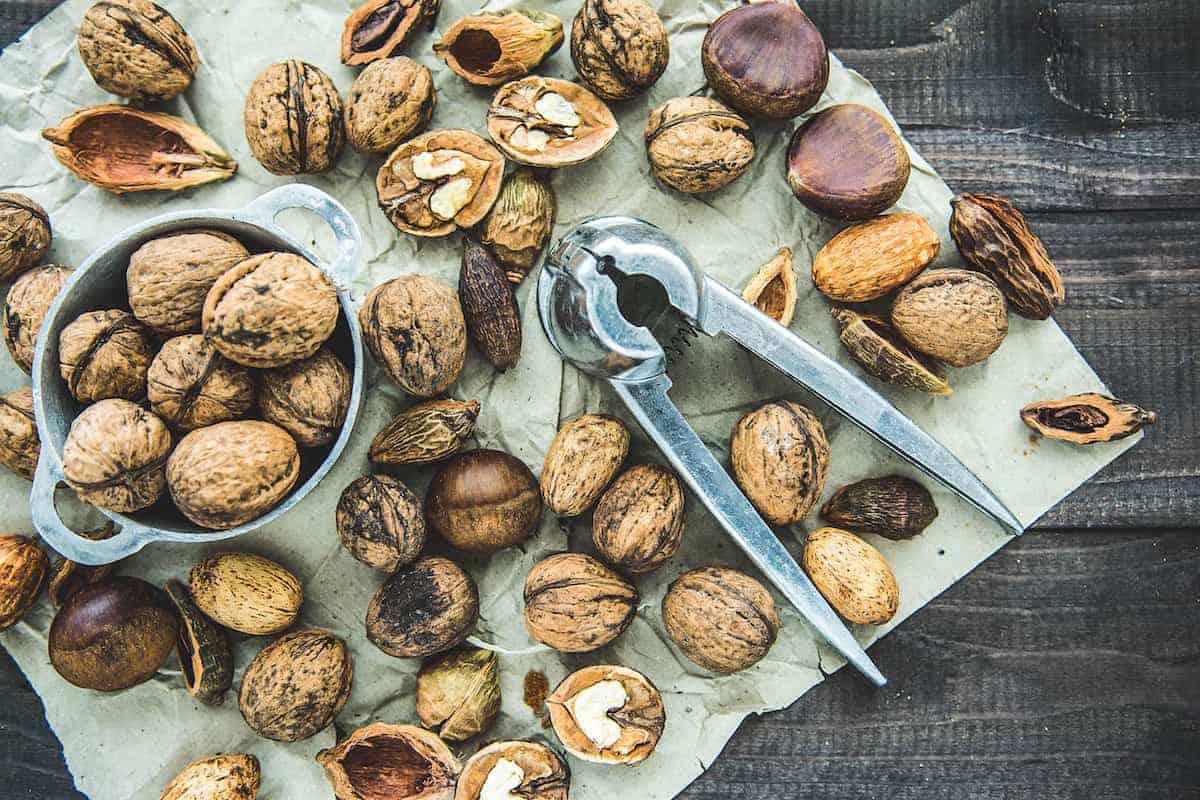 As you can see, I actually agree with many concepts presented in this movie! Vegetarian/vegan diets are healthy, good for the environment, easy on the wallet, etc. I covered this in a post called 9 Reasons to Eat Less Meat.
However, I take exception to the fearmonger-y tone of the movie. There’s no good reason to scare people into a diet. I also hate the blatant misinformation they use to misleadingly emphasize their core aims. It’s not OK to lie to people, even if your underlying motivations are good!
In my practice as a Dietitian I encounter many people who are scared to eat. Are you? You may not consciously identify this fear, but when you’re bombarded by the “evils” of every single food out there, it can affect your subconscious. (Would you believe, even carrots get a bad rap!?)
This fear of food can cause people to cut out foods in the name of “healthy eating,” to the point where it can become problematic. Eventually they end up with such a narrow selection of food that they can’t properly nourish themselves anymore. The extreme form of this is an eating disorder called orthorexia. Many people suffer from less extreme versions of this disordered eating.
A fear of food can also cause a “nocebo” effect. This is when the body starts physically responding in the way the person psychologically expects it to respond. Believing that a food will make you sick can, in fact, make you sick!
The people behind this movie lead you to believe that they have your health in mind. To be fair, their intentions are probably pure. However, the fear tactics they use completely ignore the unhealthy role that fear, stress, and anxiety play on a person’s health!
As Dietitian, Andy DeSantos, says in his review of the film: “Eating meat and drinking milk doesn’t make you a bad person, nor is it a death sentence, but it is important to know that eating less and replacing animal products with plant products is important for your health.”
I wish popular documentaries could just say that. But something tells me that sensationalism is exactly why they become popular.
Sigh.

37 Comments on “What the Health Review – the good, the bad, and the ugly”