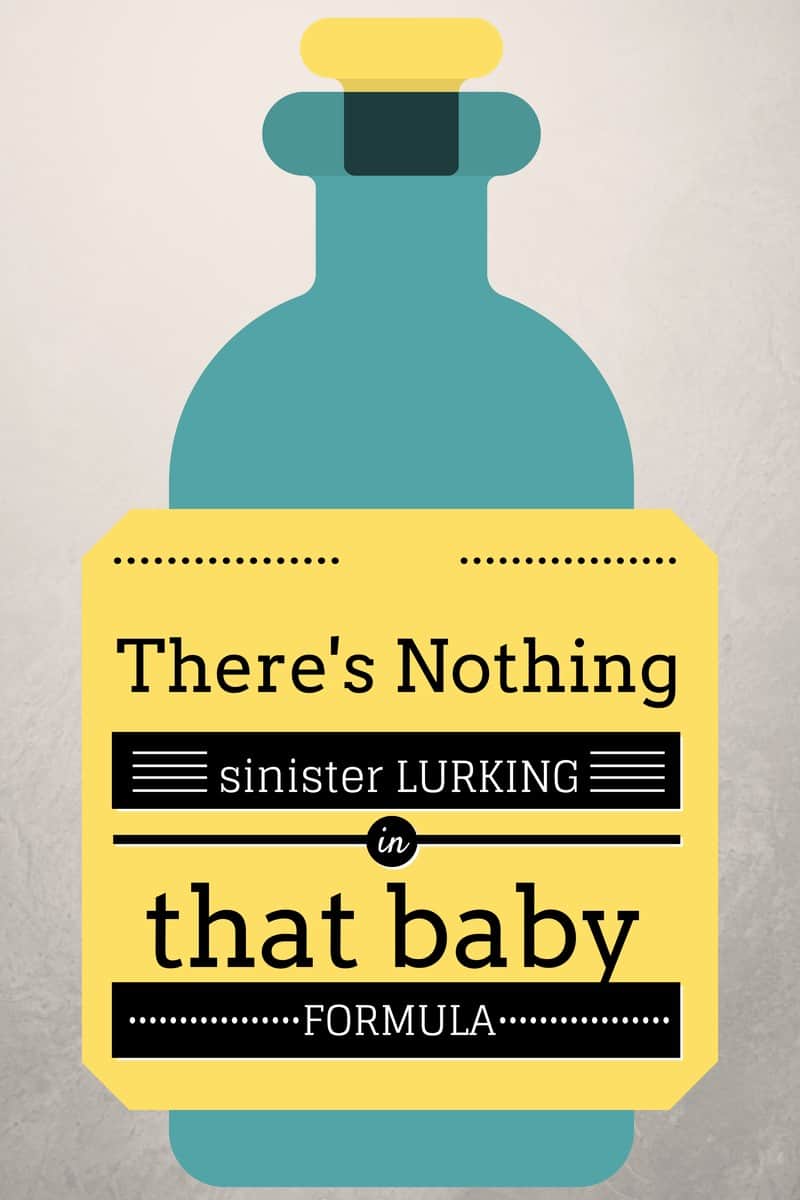 “Sorry, but I cannot ignore this post!! This writer needs to clarify the difference between hybrid and genetically modified foods, which is huge!! Hybrid plants have been around for a very long time and are bred from the same parent plant, whereas genetically modified plant are not the same at all. They have only been around since the mid nineties. Corn, for example, is bred to contain a pesticide, so that when a worm eats any part of the corn, it dies! Gmo corn is registered with the EPA as a pesticide. If you check infant formula, it likely contains corn. Unless it is organic, no mother would want to expose their child to the pesticide that is in that formula. And soy which is also genetically modified—well that is many times worse than corn, because of the phytoestrogens. You may really want to avoid phytoestrogens for many reasons, especially if you have a son!!! I am not a dietician!!! I believe they have sold out to big junk food industries, although there is a movement of a group of dieticians that are trying to distance themselves from the mainstream.http://foodrevolution.org/blog/dietitians-and-junk-food/. There is also great information on infant formula on the Mercola websitehttp://articles.mercola.com/…/toxins-in-baby-formula…. This is something every mother should thoroughly research, and not just the research that is done by the people that stand to gain financially!! Look at all the angles!! This is your child you are feeding.”

I always appreciate feedback, and this is no exception, as this commenter clearly shares my passion for keeping children healthy, and has provided a lot of ground to cover.

Let’s start with this: I am always advocating nutrition information that is evidence based.  My commenter’s claim that dietitians have sold out to Big Junk Food is based on some evidence, as noted in the foodrevolution.org article, and I agree that a potential conflict of interest does occur when certain companies sponsor an organization like the Academy of Nutrition and Dietetics.  However, those sponsorships alone do not provide any evidence regarding this, or any, nutrition discussion.  We are free to consider the nutrition facts themselves.  Even if RDs like Laura Creek Newman and myself were members of the US-based Academy in question, we would still have complete freedom as individual dietitians to advise people according to our own research and knowledge, and provide evidence for that advice.

So, here are my answers to the questions raised by this comment:

1. Are hybrid plants (selective breeding) and GMOs the same thing?

I’m not an expert in this, so I’m going to quote Kevin Folta, who is a public, academic scientist with no ties to “Big Agriculture.”  He tells us, “they are not the same thing. Selective breeding moves tens of thousands of genes at one time, GMO [only moves] 1-3. Much more precise with predictable, traceable outcomes… They absolutely are not the same– you are right on.”

So no, they’re not the same thing, but contrary to what you might assume, this actually makes them safer than hybrid plants. Selective breeding comes with its own set of risks.

While it’s true that we’ve been crossing species for a lot longer than GMOs, we have now had two decades to study the effects of GMOs.  “Every major scientific body and regulatory agency in the world has reviewed the research about GMOs and openly declared crop biotechnology and the foods currently available for sale to be safe.”   “GM foods currently available on the international market have passed risk assessments and are not likely to present risks for human health. In addition, no effects on human health have been shown as a result of the consumption of such foods by the general population in the countries where they have been approved,” according to the World Health Organization.

2. Is GMO Corn Really a Pesticide?

Yes, GMO corn can contain bacillus thuringiensis, which is a pesticide.  What’s important to note is that this particular pesticide is safe for humans.  It’s an inert protein that is only formed into an active toxin by a digestion enzyme that only certain insects have.  So unless your little baby is literally a “little bug,” there’s no cause for concern.  This pesticide has been used on our food long before being added to GMO corn, and has been found so safe that it’s been exempted from food residue tolerances, groundwater restrictions, endangered species labeling and special review requirements.  In fact, it’s even regularly used in organic gardening and farming.

This study concluded that “there is no convincing evidence that infants fed soy-based formula are at greater risk for adverse effects than infants fed cow’s milk-based formula.”  While phytoestrogens are currently being studied for concerns based on animal and in vitro data, no harm has been shown using human data.

I want to make a final note to my commenter, who encourages us to do our own research and not only listen to people that stand to gain financially.  She also cites the website of Dr. Mercola, who has made a career of criticizing mainstream medicine, turning people away from scientifically proven medicine and offering unproven supplements for sale instead. Despite being repeatedly chastised by the FDA, and given an F by the Better Business Bureau, this seems to have been very lucrative for him, as he lives in a $2 million home. and no longer practices homeopathic medicine, preferring to focus on his profitable website instead.

This is not to say that nothing on his website is true.  The important thing to realize is that basically any health professional stands to profit from giving you health recommendations, just like your mechanic stands to profit from fixing your car.  The trick with both professions is to find somebody you can trust.   I trust people and organizations who back up their claims with sources and solid research.

Mercola makes millions off of his website, while guest authors here at Smart Nutrition are reimbursed only in smiles and hugs.