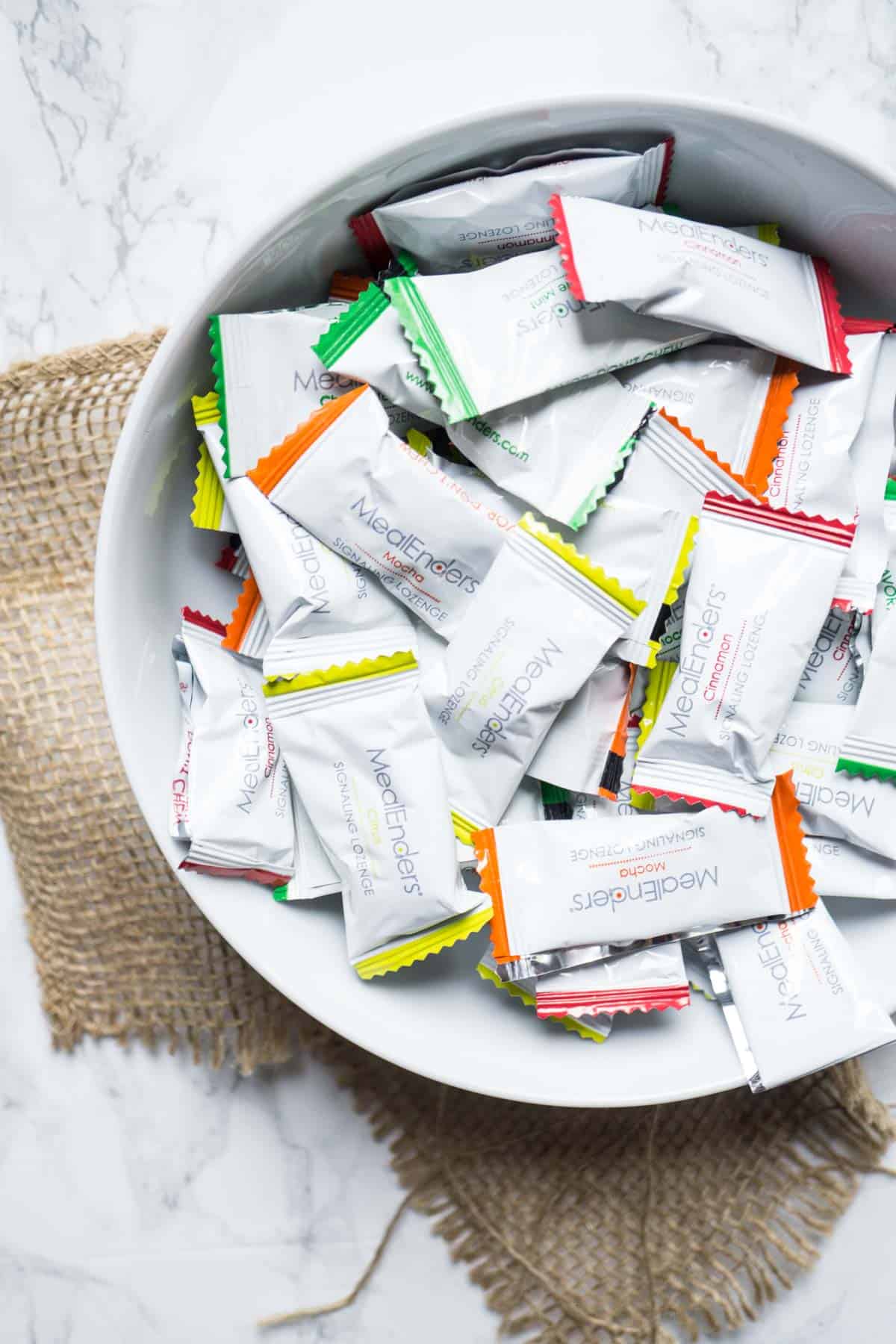 Will popping a MealEnder make all your willpower dreams come true? Get a MealEnders review direct from a Dietitian. Years ago I heard about this candy-like treat that was supposed to help you avoid dessert. I wasn’t sure what to think of this concept at first, but I’ve now actually used them in my practice as a dietitian. So it’s high time I do a MealEnders review. It’s a bit more complex than you might think. In 2015 I got an email from a MealEnders representative offering to send me some samples and discuss the benefits of the product. She … END_OF_DOCUMENT_TOKEN_TO_BE_REPLACED 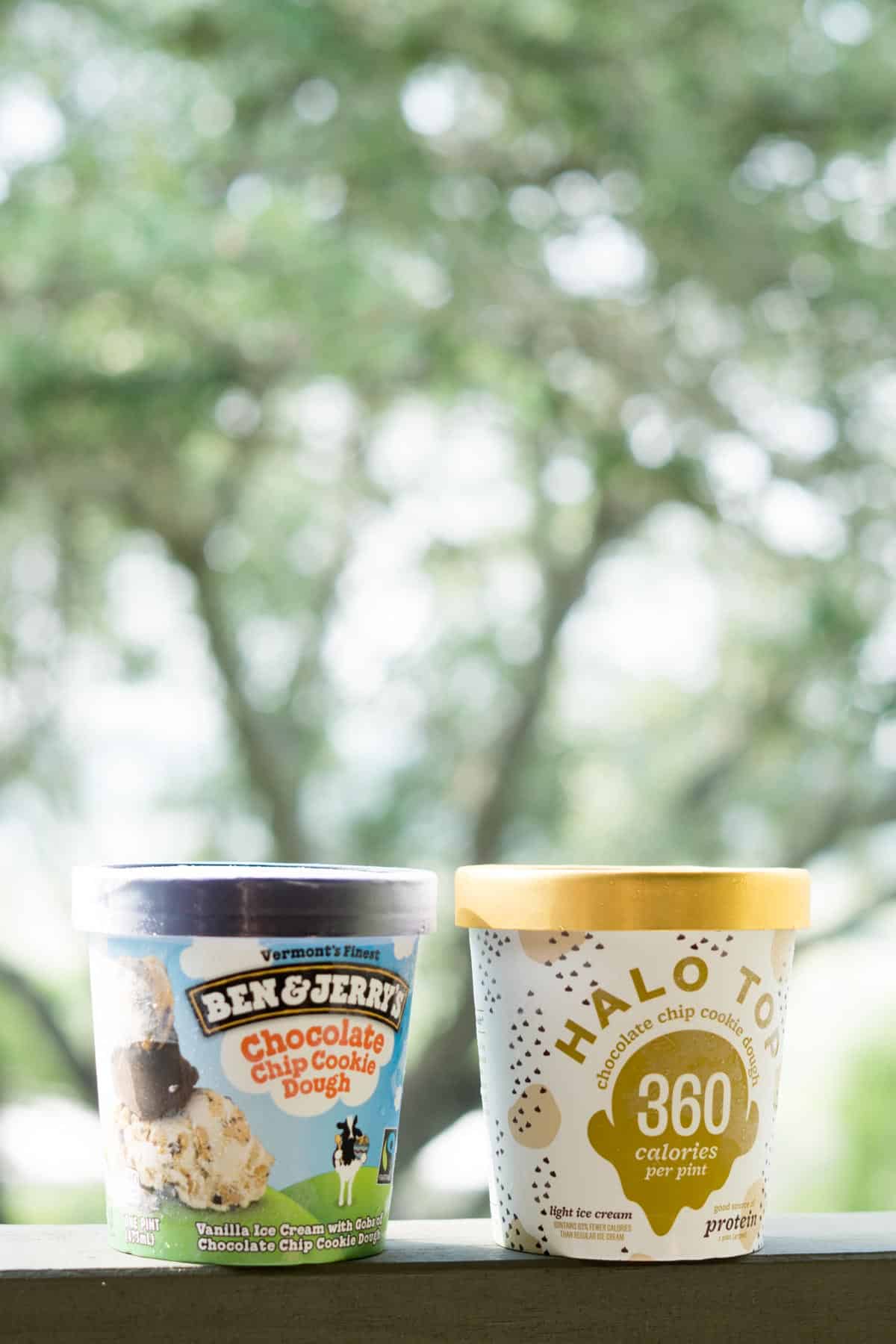 I haven’t been too impressed with “frozen desserts” in the past. I’m looking at you Breyers blue box! They’re mainly just super-sweet and icky. They don’t have that creamy, rich, melt-in-your-mouth enjoyment that ice cream does. So I didn’t have high expectations when I heard about Halo Top. It’s advertised as a low-calorie, healthy alternative to ice cream, and I just didn’t think it could possibly compare to ice cream. As a Dietitian I’m all for making healthier choices in the foods that form the core of my diet. The foods I eat the most NEED to be healthy! But … END_OF_DOCUMENT_TOKEN_TO_BE_REPLACED 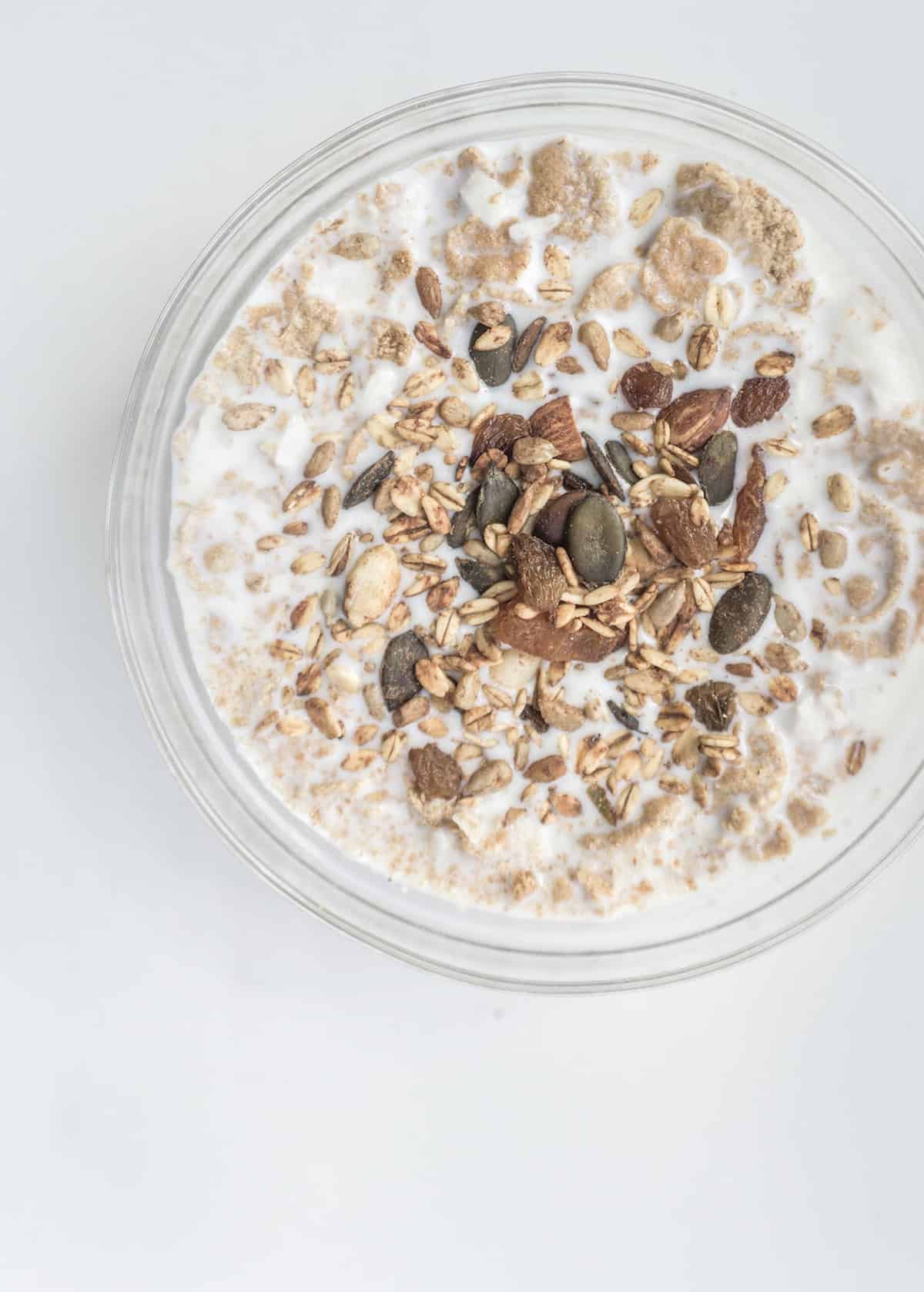 Which oats are healthy? The answer is, almost all of them. But you’re probably wondering which oats are healthiest. The short answer is that the least processed oats are the most healthy. But when I did the calculations for exactly how much difference the processing makes, I admit that I was surprised by the results! Oats are a whole grain that are mostly eaten by horses, at least in their unprocessed state. They get processed for us picky humans. Some oats are more processed than others, which results in the different types! The processing continuum that will help us see … END_OF_DOCUMENT_TOKEN_TO_BE_REPLACED

We go through a LOT of fruit in our house! I don’t want to be running to the grocery store every couple of days just to keep up with our fruit habit! So I started to strategically buy a variety of fruit that I could space out over a couple of weeks. That way we could enjoy fresh fruit for a couple of weeks without anything going bad on us! This works well for the North American way of grocery shopping. Unless you live in a very urban area, your closest grocery store is probably not within walking distance… or … END_OF_DOCUMENT_TOKEN_TO_BE_REPLACED

When you buy fruit in season, you’ll get the top most quality, best price, and the fun of anticipating different fruit throughout the year! I did an informal Instagram poll, and got a strong message in return: people are interested in hearing what I buy in the grocery store. I thought I’d start by highlighting one of the key strategies I use to keep my grocery shopping, healthy, tasty and affordable: buying fruit in season. There are many advantages to buying your fruit seasonally! Quality: Just pure taste. There’s nothing like the taste of fresh fruit picked at peak ripeness! … END_OF_DOCUMENT_TOKEN_TO_BE_REPLACED

Are Snapea Crisps healthy? They’re made from green veggies, so it’s easy to think they’re a healthier snack option than, say… potato chips. But potatoes are veggies too. Some products are specifically made to appear healthier than they are. Snapea Crisps appear to be actual peas that have just been crisped. They’re called Snapea Crisps after all, and they’re shaped like peas, so when you look at them, you’re supposed to think they’re just crispy snap peas. But from what I can tell, that’s not how they’re actually made. From the ingredients and the physical makeup of the snacks themselves, … END_OF_DOCUMENT_TOKEN_TO_BE_REPLACED

Dairy milk and vegan (plant-based) milk alternatives are not created equal! Learn how to choose the best milk beverage for you and your family’s UNIQUE nutritional needs.   Not too long ago you only had two choices when it came to buying milk: dairy or soy. Now there’s a whole aisle dedicated to all the plant-based milk alternatives! You could probably use a little help choosing your milk alternative, or figuring out if you should just stick with milk! Table of contents: Description of milks and alternatives Dairy varieties Kefir Goat Soy Nut Coconut Hemp Rice Oat Pea Nutrition comparison … END_OF_DOCUMENT_TOKEN_TO_BE_REPLACED