Home / Nutrition / 6 Myths About the Health Benefits of Juicing 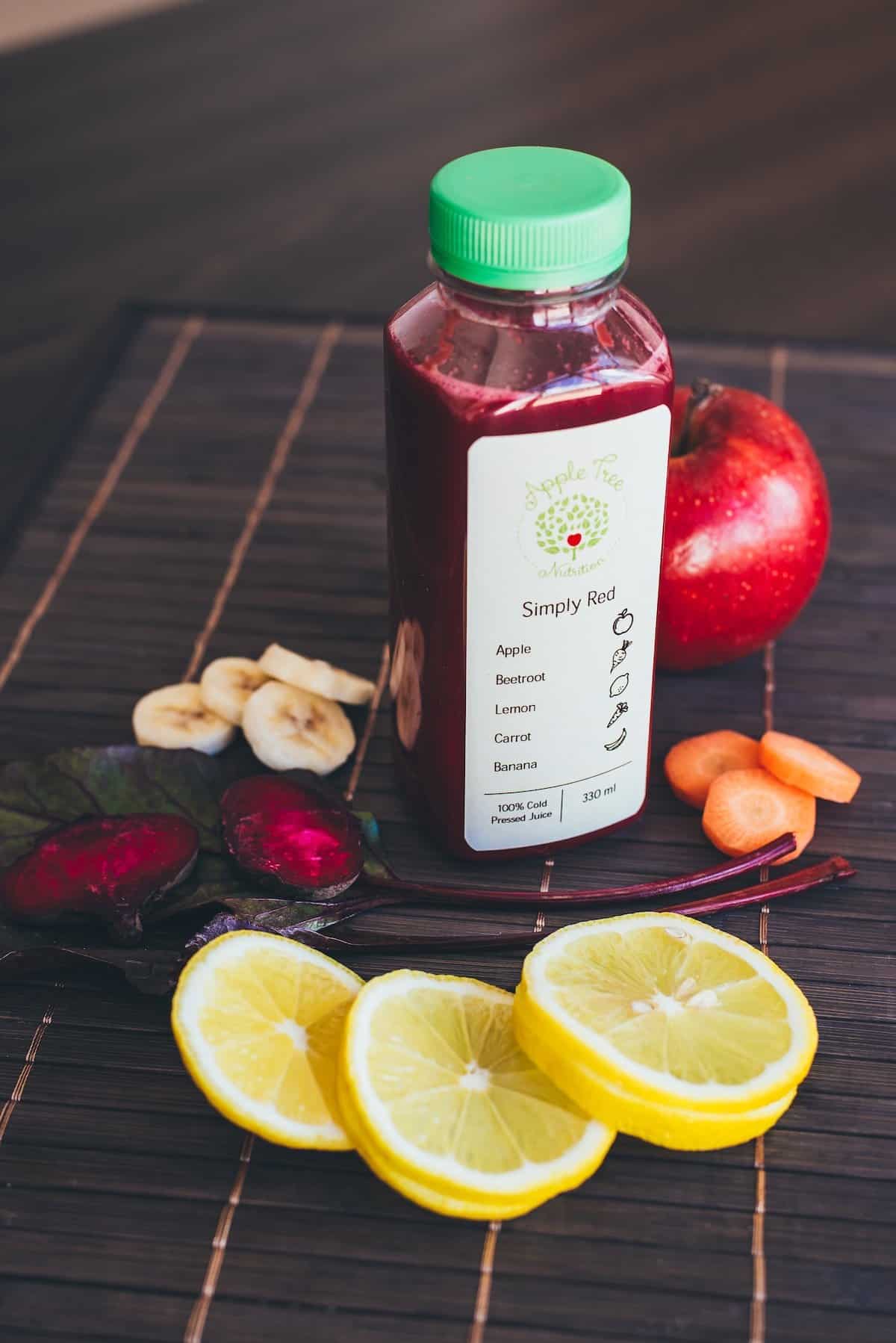 Everybody loves juice. Because of this, it’s pretty easy to convince people that juicing their food has health benefits. So, of course, an industry sprang up that sells the unsuspecting public on the idea that they should be juicing everything. Then, it sells them the products to do so.

Every once in a while I find it necessary to debunk some unsubstantiated health claims I’ve seen on the internet. Today I’ll give you a thorough look at the supposed health benefits of juicing.

I’ve seen this claim used to sell juice, but I’m never sure… what is meant by fresh? Are we talking about fruit that was freshly picked off the tree that morning?

Then I would agree, fresh is best.

But if the orange was picked in Florida, kept in a warehouse, trucked up to Winnipeg, kept in another warehouse, placed on a bright grocery store shelf, brought home, and then “freshly juiced,” I wouldn’t consider that to be all that fresh. Time, oxygen, and light will lower the nutritional content of fresh produce. One way to counteract this is to freeze produce shortly after harvesting. Freezing will lock in the nutrients.

This claim is 100% true. Juice is absorbed by your body quicker than solids.

But it’s NOT A BENEFIT.

Unless you’re running a marathon and need some instant energy, or you have diabetes and are experiencing dangerously low blood sugar (a medical emergency), it’s best if your body absorbs sugar more slowly. It’s a lot easier for your body to process nutrients at a slower rate.

When you drink juice (which is mainly just sugar), your body rapidly takes up the sugar, spiking your blood sugar, and sending your body into a hormonal panic mode to deal with this sugar flood.

In contrast, the fibre in the fruit slows down the rate of absorption of sugar, making it much easier for your body to deal with.

Juicing claim #3: Releases enzymes locked away in the fibre matrix

This is an entertaining one, because while this is indeed accomplished by juicing fruits and vegetables, it’s also accomplished amazingly well by your teeth!

That’s right, when you chew fruit, you are also releasing enzymes locked away in the “fibre matrix.” Basically your teeth are an old-fashioned cold-pressing juicer.

So as long as you’re not the type to swallow fruit whole… as long as slipping entire bananas down your gullet isn’t your thing… you’re good to go! Just take your time to chew and savour your fruit.

Use your teeth to make cold-pressed juice!

Are there any benefits to these enzymes anyway? Your body produces the enzymes necessary to digest food. Other than pepsin, which is activated by the stomach’s acid, the body’s digestive enzymes are excreted after food passes through the acidic stomach. If they were released earlier, they would be inactivated by the acid. So, any of the enzymes you eat in the fruit will most likely be rendered useless by the stomach anyway.

Juicing will not make you lose weight.

Juicing will not boost your metabolism.

Juicing will not erase your cellulite.

Juicing will not burn fat.

If it sounds too good to be true, it is.

In high school I first heard about the concept of cleansing your body of toxins. It sounded so desirable. Who doesn’t want to get rid of things called toxins? They sound awful!

So yeah, I get the allure of the detox concept. But it’s a horrible, inaccurate, misleading concept.

With the help of the liver, kidneys, gut, and other organs, our the human body is constantly detoxifying itself. Yes, it’s important to help support our organs by eating a healthy diet, but the overall picture is key. Eating whatever you want and then going on a juicing cleanse to erase the damage you’ve done is not the answer.

A good analogy is a father-son relationship. For the son’s well being it’s incredibly important for the father to be a constant, loving, caring presence in his life. The father needs to invest daily in the relationship for it to grow and be healthy.

Despite the father’s best efforts, he will sometime mess up. He might miss a baseball game without realizing just how important it was to his son that he was there. But he continues to pour love into his son. This son grows up, feeling secure in his relationship with his father. He is emotional, socially, and psychologically healthy.

Now, imagine if the father lived far away and only came to visit his son once a year. For the one week he’s with his son, he’s the textbook picture of a perfect father. He spends all day playing with him then tucks him in at night with a bedtime story. The father makes no mistakes during this week. But despite the perfect parenting, this one week does very little to cultivate a healthy relationship. It doesn’t make up for the rest of the year when he’s not around. The son doesn’t get the benefits of everyday care from his father. He doesn’t get to look up to his father as a daily role model. He might very well have a positive impression of his father, but the relationship is not one that cultivates his personal wellbeing.

It’s the same with food. The overall picture is what is important for supporting the health of our organs. A 7 day “cleanse” doesn’t make up for a lack of overall care.

Someone I knew recently had a heart attack. This event made me stop and think about our hearts. The heart is such an amazing organ. From the day it starts beating inside our mothers’ wombs to the day we die, it keeps on ticking. It NEVER takes a break. It doesn’t need to, nor do you want it to!

Same with your lungs.  Can you imagine an advertising pitch about giving your lungs a rest? “Hook up to our ventilation machine and give your lungs a much-needed rest.”

No, the way to keep your lungs and heart healthy is not via rest, but with exercise! When exercising, your heart beats faster and contracts more forcefully. This serves to strengthen it and make it more efficient when it goes back to its baseline rate.

Sidenote: Complete, occasional fasting (aka intermittent fasting) may provide some health benefits. Take caution with this, though, as the science is young, so we don’t have all the answers. Also, there is a lot of misinformation on the internet about the term intermittent fasting. It’s promoted in different forms, but the researched health benefits are only related to complete fasting. Complete fasting means going 24 hours without any food, not just skipping a meal. I’ll be writing about that in more detail soon. Subscribe to my newsletter to get that article delivered to your inbox when I publish it!

If you’re into juicing, don’t worry, we can still be friends! I won’t serve you freshly pressed juice when you come to my place, but if you serve me some at your place I’ll appreciatively enjoy it. I just want everyone involved to be aware of what it is: a tasty treat for special occasions, not a health food with magical properties.

Also, I’m sorry if I dashed your health goal hopes with this article. But they don’t have to stay dashed! Unlike juicing, there are approaches that are supported by research and evidence! I’ve taken every bit of helpful evidence-based info I’ve picked up during my education and career as a registered dietitian, and I’ve poured it all into an intensive program called “I Quit Overeating.” Check it out!