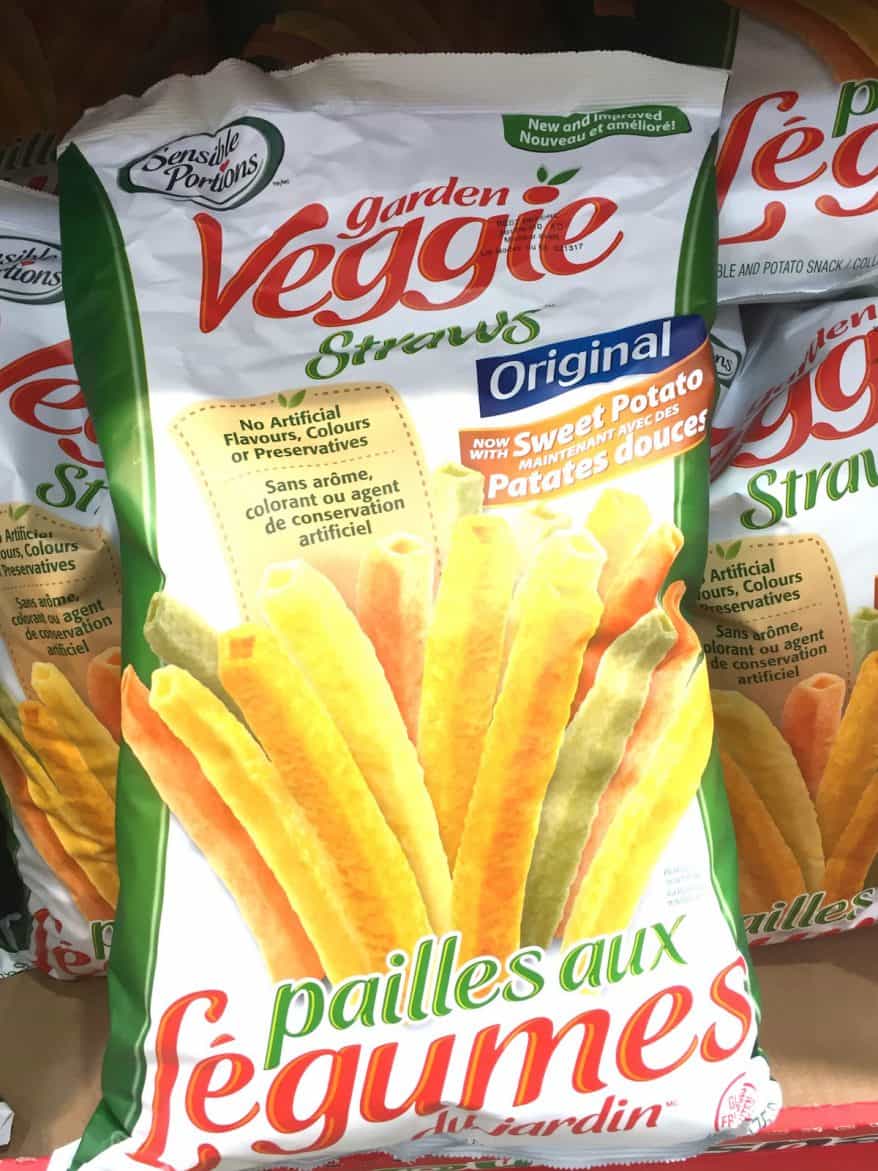 Let’s talk Veggie Straws! On the surface they sound like a healthier snack option, don’t they? I mean they have the word VEGGIE in the title and they’re so light and airy and a serving is 68 straws!

But are they really? I decided to see how they stack up to other chips.

I had tortilla chips in my house so that’s what I used as a comparison.

At first it sounds like you’re getting a HUGE snack with a serving of veggie straws: 68 pieces! But when you compare them side by side with tortilla chips, you get about the same volume when weighing out the same amount of calories.  These two bowls are EQUAL in calories. I thought the airiness of the straws would give them more volume but they visually take up a similar amount of space in the bowl. 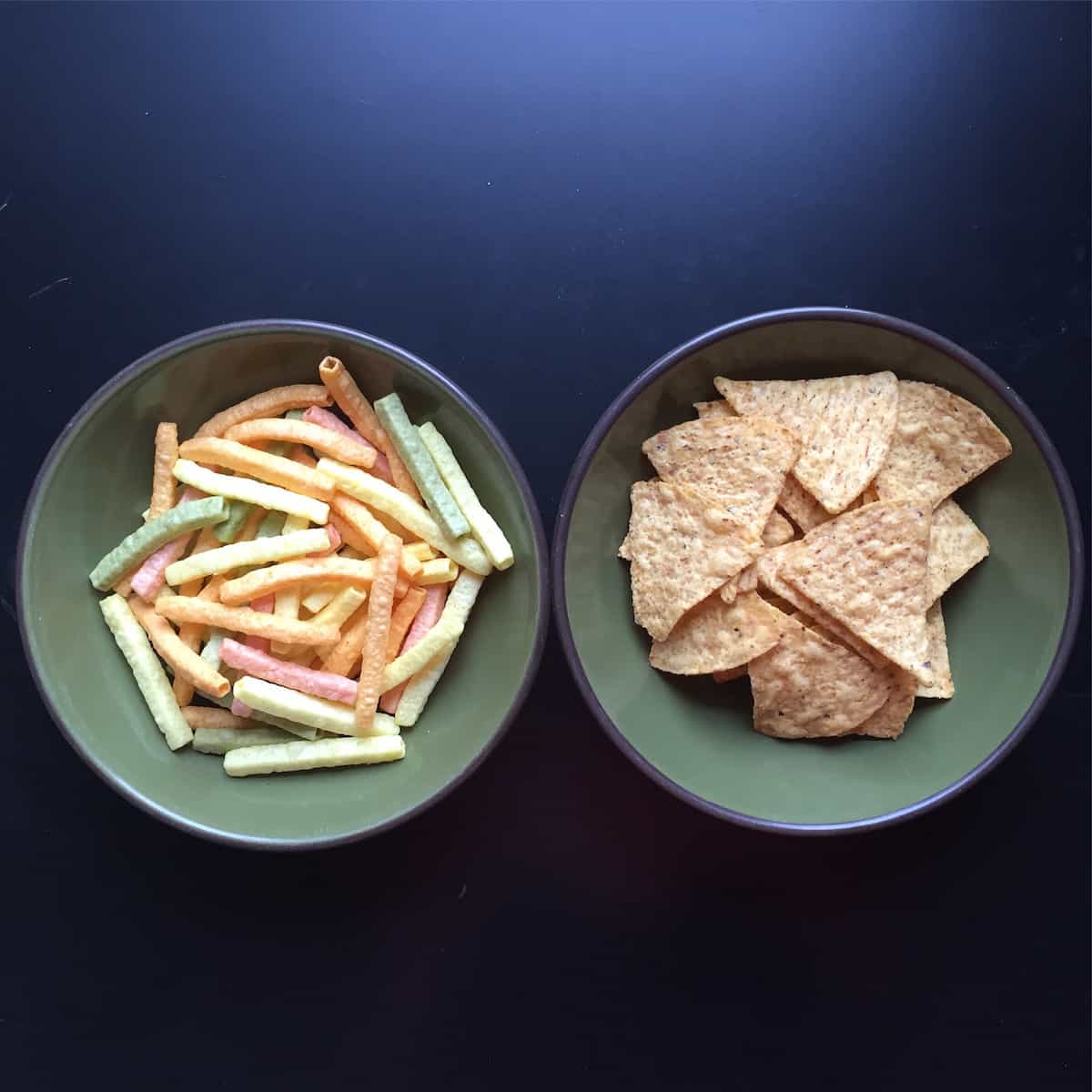 Who cares about volume anyway? Volume plays a factor in the total amount of food we eat. According to the research of Barbara Rolls, when people opt for more high volume foods such as veggies, fruit, and soup, they end up eating fewer calories and staying just as satisfied as those who eat lower volume foods. The end result? Fewer calories eaten.

So far: these are just the same as chips. Now let’s look at the nutritional comparison.

Even I was surprised when I looked at the comparison. I honestly thought the veggie straws would be marginally more nutritious than the tortilla chips but… shockingly they have LESS nutritional value!

The first three ingredients in the veggie straws are:

Kind of looks more like a potato chip, doesn’t it?

Due to its high starch content I consider potato more of grain alternative when it comes to meal planning but I guess technically it’s a vegetable. By the same token, we could also call all potato chips “veggie chips.”

As for the rest of the ingredients, there’s a lot of oil and there’s a tiny amount of sweet potato flour, tomato paste, spinach powder, which is primarily in there to provide a bit of colour. One of the reasons I know that there’s only a tiny amount is because those veggies are good sources of Vitamin A , calcium, and iron. And, as stated above, there isn’t enough of those nutrients to even register at 1% daily value!

4. The psychology of veggie straws draws you in to eat more

It’s clever marketing; I’ll give them that. Using the word “veggie” suddenly elevates this snack in your mind as a healthier option. Evidence shows that when someone believes a food is healthy, they eat more of it. We call this a “health halo” or “health washing” or as I like to say “nutrition washing!”

All in all, the tortilla chips actually come out the winner! Are you surprised?

And let’s be clear…. I’m not promoting tortilla chips as a healthy snack. I used them as a comparison to highlight how FAR from veggies the veggie straws really are!

Now I’ll turn the mic over to you: do you have any food products you’d like me to cover in future articles? Let me know in the comments!

For now check out my reviews of other food products:

This article is part of my Virtual Grocery Store Tour series.

Choosing which foods to eat (like whether or not Veggie Straw are a healthy choice!) is just one piece of what I like to call “The Healthy Eating Puzzle.” Healthy eating is so much more than just the nutrients we consume. There’s the who, what, why, where, and when too!

I’ve created a quiz to help you figure out if you’re missing any pieces! Take the quiz and at the end I’ll give you a super amazing resource to kickstart you in the right direction.

9 Comments on “Veggie Straws: are they a healthy choice?”