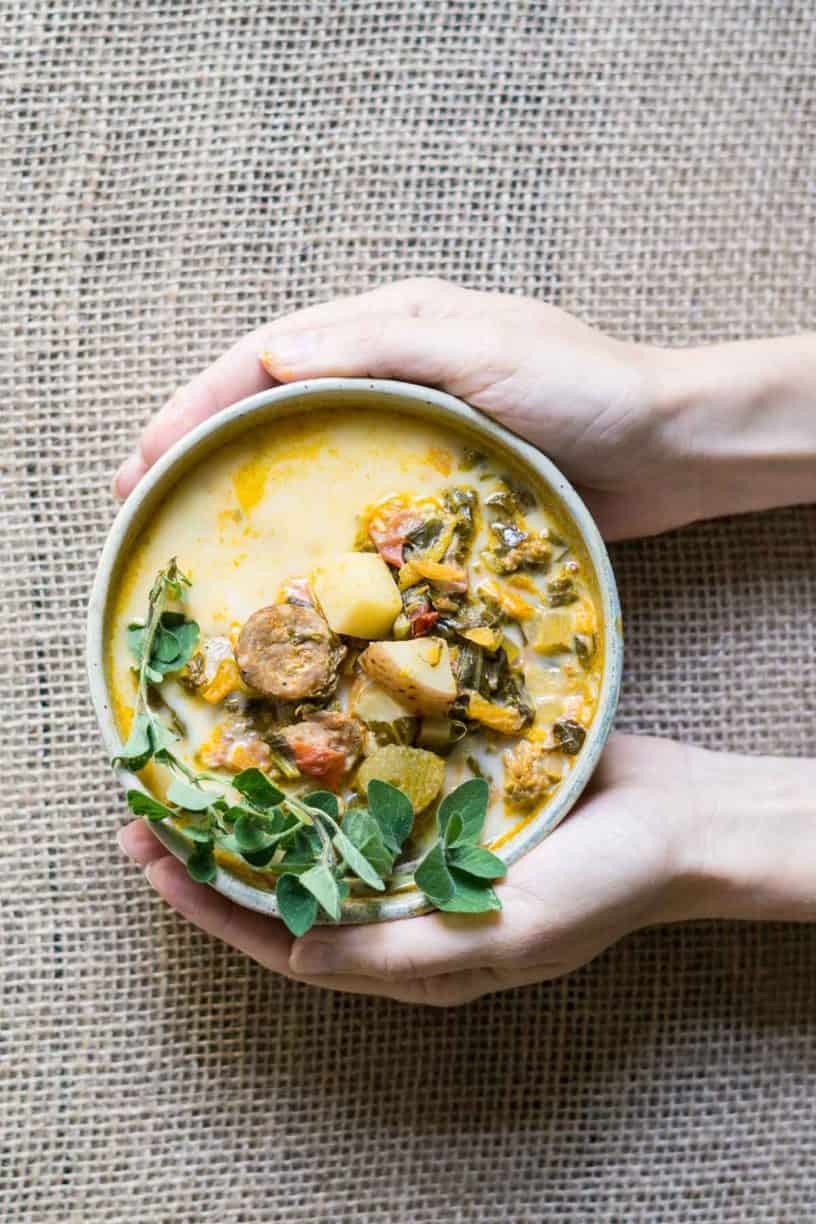 This copycat Olive Garden Zuppa Toscana soup has such a rich flavour, you’d never guess each bowl has 4.5 servings of veggies in it!

You think you’re original. Then this happens.

My friend and her kids were over for a playdate when lunchtime suddenly creeped up on us. I invited them to stay with us and informed them that we were just going to be having a kale and italian sausage soup.

She said “oh, like Zuppa Toscana from Olive Garden! Is it a creamy soup with potatoes too?”

I had no idea I had literally copy and pasted the Olive Garden recipe into my pot. I thought I was making up an original soup idea.

It’s been years and years since I’ve eaten at the Olive Garden. Had this flavour combo been stuck in my subconscious? Or do these foods just naturally go together so well that it was inevitable for any cook to make this combination?

Regardless, I don’t need to take credit for the idea. This is just a darn good soup and everyone should put it on their to-do list. Whether you’ve never visited the restaurant or you’re an Olive Garden junkie, this soup will impress! 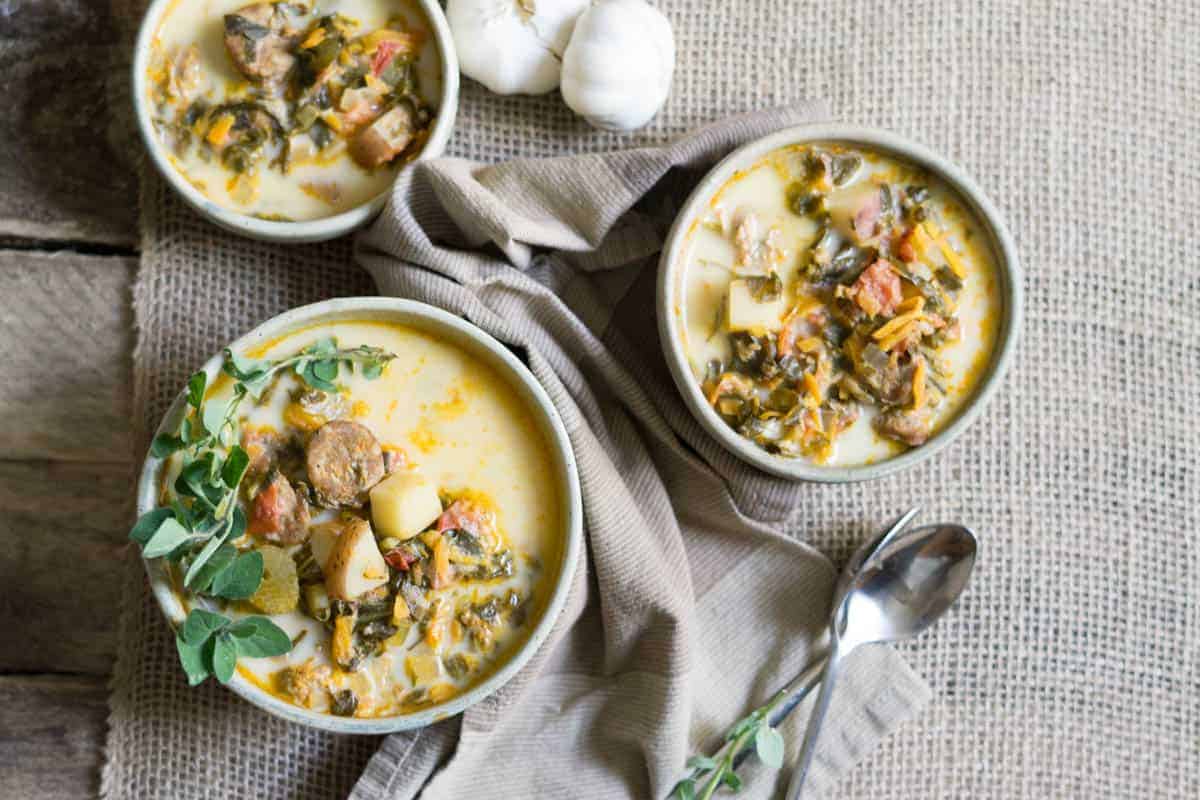 why it’s a smart choice

Eating soup is probably my all-time favourite way to eat veggies. Mixing them altogether with the meat, potatoes, and flavourful broth makes them incredibly tasty. This soup has such a rich flavour, you’d never guess each bowl has 4.5 servings of veggies in it!

I’ve stopped enjoying soup at most restaurants (including The Olive Garden!) because the salt content is so so so so high!  But the amount of sodium in this soup is unreal. One bowl has only 340 mg sodium. For a bowl with the same amount of calories, The Olive Garden version has 1300 mg!

But don’t worry, there’s NO sacrifice on flavour! 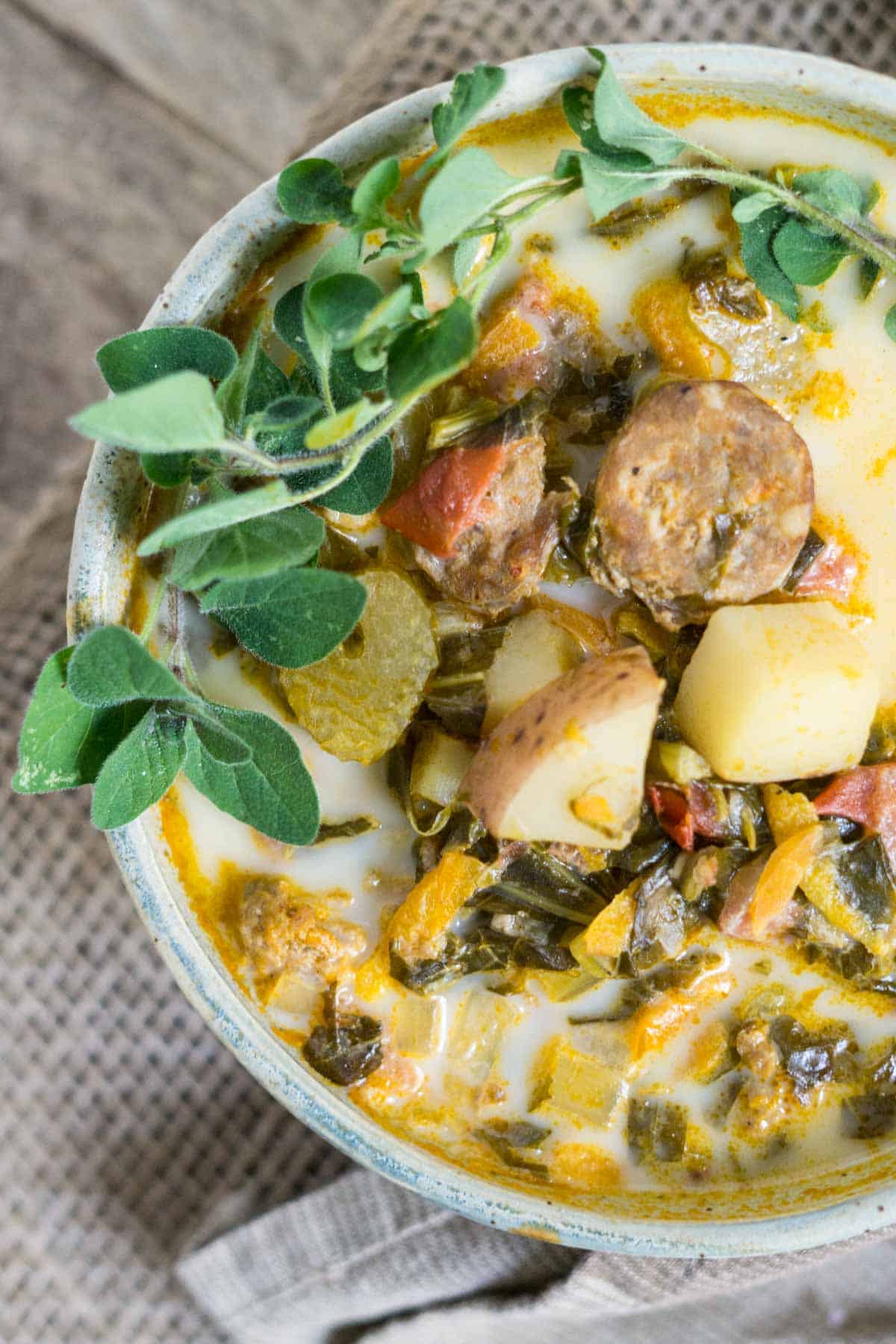 If you give this recipe a go, let me know! Leave a comment, rate it, or snap a photo and tag it with #smartnutritionrecipes on Instagram!  I’d love to see your creations!

A take on the Zuppa Toscana soup from The Olive Garden.